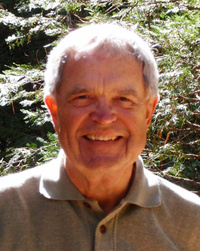 Arthur Boothroyd, PhD, is Distinguished Professor Emeritus at the City University of New York; Scholar in Residence at San Diego State University; and Distinguished Visiting Scientist at the House Ear Institute in Los Angeles. Born in England, he obtained a degree in physics from the University of Kingston on Hull in 1957. After a year in electronics research and four years as a high school physics teacher, he became interested in deafness as a result of having a deaf son. In 1962 he took a research fellowship in the Department of Audiology and Education of the Deaf at the University of Manchester, where, following two years of research on earmold design and acoustic feedback in hearing aids, he was hired as an Assistant Professor of Audiology. In 1969 he was awarded the Ph.D. degree for his research on speech perception and hearing aid fitting in hearing-impaired children. Soon after, he moved to the United States and for 13 years, served as Director of Research and Clinical Services at the Clarke School for the Deaf in Northampton, Massachusetts. While there, he and Dr. Janice Gatty collaborated on the creation of a preschool program for children with hearing loss. In 1981, he joined the faculty of the Doctoral Program in Speech and Hearing Sciences at the City University of New York, eventually attaining the rank of Distinguished Professor. He left that position in 2000 to move to California, where he remains active as a teacher, researcher, and consultant. Dr. Boothroyd has published extensively on the effects of childhood hearing loss on development, with special emphasis on speech perception, its assessment, and its enhancement with hearing aids, cochlear implants, and tactile aids.

The Deaf Child in a Hearing Family: Nurturing Development