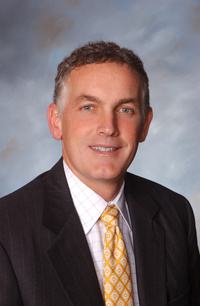 Dr. O'Malley previously served as Professor and Chairman of the Division of Otolaryngology—Head and Neck Surgery at the University of Maryland School of Medicine from February 1, 1999 through July of 2003 with joint appointments in the Department of Surgery and the Greenebaum Cancer Center. Prior to his appointment at Maryland, he held the position of Associate Professor and Director of Gene and Molecular Therapy in the Department of Otolaryngology—Head & Neck Surgery at the Johns Hopkins School of Medicine.

Dr. O'Malley brings clinical expertise in the area of skull base tumor surgery, head and neck and thyroid cancer and endoscopic sinus surgery. His clinical research focuses on the development of novel technologies such as image-guided surgery and robotic surgery. Dr. O'Malley co-founded the first human robotics head and neck and skull base program in the world and is co-principal investigator of the first IRB approved human clinical trial for robotic surgery in the specialty. He is actively developing novel robotic surgical procedures (TORS) and instrumentation to advance the use of this technology in all aspects of Otolaryngology - Head and Neck Surgery. He was instrumental in the achievement of US FDA approval in December 2009 for TORS (Trans Oral Robotic Surgery).

Dr. O'Malley is conducting laboratory research in the area of gene and molecular therapy, investigating both viral and non-viral based gene therapies for the treatment of head and neck cancer. The newest direction of this research is the use of molecular therapies to enhance the anti-tumor effects of chemotherapy and radiation while reducing the known toxicities of these treatments.

Dr. O'Malley is Editor-in-Chief of the Journal for Oto-Rhino-Laryngology and Editor of the textbook Atlas of Skull Base Surgery.