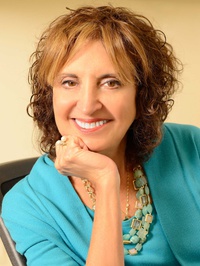 Donna Geffner, PhD, CCC-SLP/A, is a dually licensed and certified speech-language pathologist and audiologist. She served as Full Professor, Department Chair, Director of the Speech and Hearing Center, Director of the Graduate Programs and the Long Island AuD Consortium program at St. John's University prior to her retirement. She maintains a private practice in the areas of auditory processing disorders, language impairment, and AD/HD. Dr. Geffner is the recipient of the St. John's University President's Medal and many local, statewide, and national honors and awards, including ASHA's Fellow and ASHA Honors. Providence College bestowed upon her an Honorary Doctorate in Education. She currently continues to teach as an adjunct professor at Hofstra University in the AuD program. She is a former Vice President of Academic Affairs for ASHA and President of ASHA, 1999. Dr. Geffner is the author of three books (''Auditory Processing Disorders: Assessment, Management and Treatment'', with Deb Swain, now in its third edition; ''Attention Deficit Disorders: What Professionals Need to Know''; and ''The Navigator'' with Dale Seiden, a visual picture mapping for children) and two tests (''Auditory Skills Assessment'' with the late Ron Goldman and the ''Listening Inventory'' with Deb Swain). She was a host of a national television program series, produced by CBS and NBC, for which she received an Emmy nomination for Outstanding Instructional Programming. She continues to be a spokesperson and invited speaker nationally and internationally at professional conferences, television, national webinars, and local and state conferences, parent groups, and educators.