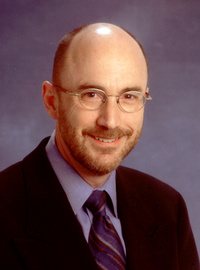 Gary P. Jacobson, PhD, is Professor in the Department of Hearing and Speech Sciences and Director of the Divisions of Audiology and Vestibular Sciences at the Vanderbilt University Medical Center.  Prior to that he served as the Director, Division of Audiology for the Henry Ford Health System. He completed his undergraduate studies at California State University at Fullerton. He received his MS in Communicative Disorders (Audiology) at the University of Wisconsin–Stevens Point and received his PhD from Kent State University.  He is a past-editor of the American Journal of Audiology (ASHA) and is the current Editor-in-Chief of the Journal of the American Academy of Audiology (AAA). Dr. Jacobson has authored or co-authored 120 peer-reviewed publications and has co-edited 4 textbooks in the area of vestibular system function. Dr. Jacobson is a Fellow of ASHA and recipient of ASHA’s highest honor, the Honors of the Association.  Dr. Jacobson received the Lifetime Achievement Award from the American Balance Society.  Lastly, he received both the Distinguished Achievement Award and the Jerger Career Award for Research in Audiology from the American Academy of Audiology.