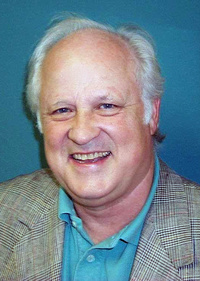 Fred H. Bess is Associate Director of the Vanderbilt Bill Wilkerson Center of Otolaryngology and Communication Sciences and served as Director of the former Bill Wilkerson Center from 1978 until its merger with Vanderbilt University Medical Center in 1997. He is also Professor of Audiology and Chair of the Department of Hearing and Speech Sciences at Vanderbilt. The Department grants Masters and Doctoral degrees in Speech/Language Pathology and Audiology.

Dr. Bess completed his undergraduate education at Carthage College in Kenosha, Wisconsin, his Masters at Vanderbilt University, and his Ph.D. in Audiology at the University of Michigan. In 1969, he initiated and directed the Audiology Program at Central Michigan University, where he remained until joining the Vanderbilt faculty in 1976. He is the author of well over a hundred and fifty journal articles, book chapters, monographs and books dealing with hearing and hearing impairment. Also numbering over one hundred are professional papers presented at scholarly meetings throughout the country. He has been principal investigator or project director for several million dollars in privately and federally funded research, training and demonstration grants. In addition, Dr. Bess has served as chairperson for seven symposia, which attracted international participation.

Dr. Bess' recent research interests include minimal hearing loss in children, auditory characteristics of children with autism, and auditory rehabilitation for the elderly.