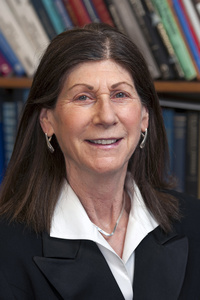 Gail D. Chermak, PhD, is an internationally recognized authority on central auditory processing disorder (CAPD). She has published extensively and lectured around the world on differential diagnosis and treat- ment of CAPD. Dr. Chermak is professor of audiology and chair of the Department of Speech and Hearing Sciences at Washington State University. She is the recipient of numerous honors and awards, including the American Academy of Audiologys (AAA) Distin- guished Achievement Award and the Book of the Year Award for the Handbook of (Central) Auditory Processing Disorder Vols. I and II (with Frank Musiek coeditor). She is a Fellow of the American Speech- Language-Hearing Association (ASHA) and is included in several major American and international biographical listings. She has served on a number of editorial boards and national professional committees and task forces, including the 2010 AAA task force which published evidence-based clinical practice guidelines for CAPD. She has authored over 100 articles and book chapters, and authored or edited 6 books.