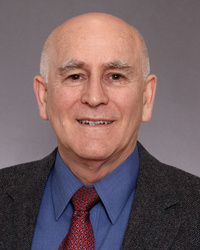 Gary D. Lawson, PhD, is a Professor and coordinator of the AuD program in the Department of Speech Pathology and Audiology at Western Michigan University. After earning a bachelors degree at the University of Tennessee, he served in the United States Army and then worked as a television director. He earned a masters degree at the University of Tennessee and a Ph.D. at Michigan State University. Professor Lawson has worked at three universities and in a public school system. He has worked at Western for over 30 years. His experiences include academic and clinical teaching, coordination of clinical services and practicum, participation in clinical research in a grant funded program for hearing impaired children, provision of audiologic services, and consulting in a variety of settings. Aside from speech audiometry his current professional interests include hearing loss prevention for those working in noisy environments, the use of audition in independent travel by those with blindness or low vision, and speech perception by those with hearing loss. He enjoys being around students and having a physically active life style when not at work.