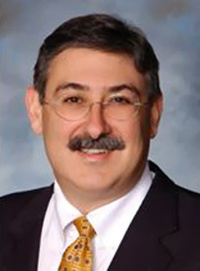 He was Principal investigator of the worlds first IRB approved human clinical trial for robotic surgery in the field of Head and Neck Surgery. Dr. Weinstein has also been involved in establishing the first formal training program in TORS. Drs. Weinstein and OMalley established the first formal training program in TORS and have trained over 150 physician/researchers from a number of centers around the United States in the TORS techniques as well as visiting surgeons from numerous other countries. At the request of the FDA, Drs. Weinstein and OMalley also initiated a retrospective human clinical trials at select US institutions (notably Mayo Clinic, University of Alabama, and MD Anderson) to show that TORS can be translated to other institutions and surgeons.

Dr. Weinstein is one of five founding members of The Society of Robotic Surgery and the first President of that society. This multispecialty society with more than 400 members was founded on the fundamental principles of education and collaboration as a means to tackle the complex issues of robotic surgery. (www.srobotics.org)