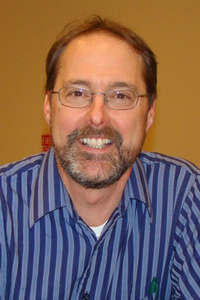 Jack Pickering, PhD, CCC-SLP, is a Professor of Communication Sciences and Disorders at The College of Saint Rose in Albany, New York and speech-language pathologist for Capital Region ENT. For over 10 years, he has directed the college's Voice and Communication Program for People in the Transgender Community with Dan Kayajian, MS, CCC-SLP. Jack has been an ASHA-certified SLP since 1984, focusing on the assessment and treatment of voice disorders. He received his BA and MA from the University of Maine, and his doctoral degree in Speech and Hearing Sciences at Ohio University in 1990. His teaching interests include voice disorders, transgender voice and communication, motor speech disorders, and counseling for communication disorders.

Jack has given over 160 presentations and has published in the areas of voice disorders, transgender voice and communication, issues in higher education, and computer applications. He was the Chair of the Department of Communication Sciences and Disorders at The College of Saint Rose, 1999-2004; and Interim Dean of the Saint Rose School of Education during the 2005-2006 academic year. Jack also served as the President of the New York State Speech-Language-Hearing Association in 2006. In 2010, he was presented with the Distinguished Clinician Award from the New York State Speech-Language-Hearing Association, and was the 2011 and 2012 American Speech-Language-Hearing Foundation's Clinical Achievement Award winner for the state of New York. This recognition was based on his work in transgender voice and communication. Jack is a member of the World Professional Association for Transgender Health (WPATH).