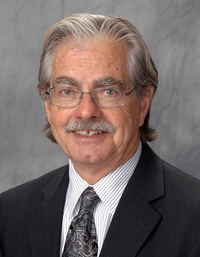 Jerry L. Northern, PhD, is professor emeritus at the University of Colorado School of Medicine where he served as head of the Audiology Department for more than 26 years. Dr. Northern is a native of Denver, Colorado, where he was raised by his deaf grandparents and grew up using American Sign Language. A prolific writer and editor of several professional journals, he has authored nearly a dozen textbooks in the areas of hearing and hearing disorders, including five previous editions of Hearing in Children and three editions of Hearing Disorders. Internationally known for his expertise in pediatric audiology, his professional background includes clinical practice, teaching, medical-legal industry experience, clinical and basic research, as well as consulting in nearly 30 countries. Dr. Northern is a founding member of the American Academy of Audiology and served as the organizations third president. He has been honored by numerous organizations for his contributions to the field of audiology.