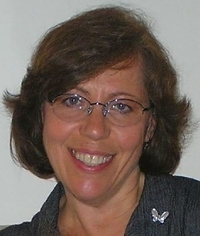 A founding member of the the Velo-Cardio-Facial Syndrome Educational Foundation, Inc., Karen J. Golding-Kushner, PhD was elected to the position of Executive Director of that organization, succeeding Dr. Shprintzen. During her tenure, the Educational Foundation expanded to an internationally prominent body reaching thousands of people around the world. Dr. Golding-Kushner published the first comprehensive study on the speech, language, and psychological aspects of VCFS in 1985. The findings of this report provided a template for future investigations, and the results have been replicated but never disputed.

Dr. Golding-Kushner's doctoral research involved an in-depth analysis of the anatomy and physiology of the speech mechanism in VCFS and was also the forerunner of studies that more than a decade later supported her findings. She has been an invited speaker on the subject of VCFS both nationally and internationally, and her published approaches to speech therapy in VCFS and other craniofacial disorders are widely recognized for their effectiveness. She owns a private practice in speech pathology in central New Jersey, specializing in cleft palate, VCFS, and other craniofacial disorders.