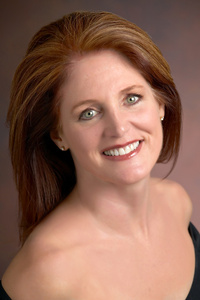 Karen Leigh-Post, DMA, is on the voice faculty at the Lawrence University Conservatory of Music, Appleton, WI, and was invited to present her research at the National Conference of the National Association of Teachers of Singing (NATS) in 2010. In keeping with the liberal arts tradition, Dr. Leigh-Post has engaged in interdisciplinary studies throughout her performing and teaching career. Her extensive study of the interaction of mind and body includes first-hand work with Alma Thomas, Barbara Conable, Ryugin Myo-O, and Wesley Balk, and spans a broad range of disciplines, including the Alexander Technique, the Feldenkrais Method, yoga, fencing, Chi Qong, and dance.

Critics describe her mezzo-soprano as striking with well-formed supple lines, and in her dramatic portrayals, Leigh is brilliant in her depth of character, her pacing, her facial expressions, her gestures. Her rich and varied performing career includes the roles of Carmen, the Composer in Ariadne auf Naxos, Rosina in Il barbiere di Siviglia, Venus in Tannhäuser, Jenny in Die Dreigroschenoper, Suzuki in Madama Butterfly, Orlofsky in Die Fledermaus, Pitti-Sing in The Mikado, and Anita in West Side Story, as well as the premieres of A Death in the Family and Animalen. Leigh-Posts concert appearances include several PBS broadcasts, from the tradition of Mozart with the St. Paul Chamber Orchestra to the songs and arias of Bernstein at Lincoln Center, and embrace the intimate chamber works of Loeffler, Respighi, and Ibert as well as the orchestral settings of Ravels Shéhérazade and Martins Cornet, to name but a few.

Among her teachers and coaches are Shirlee Emmons, Joan Dornemann, Emma Small, and Warren Jones.