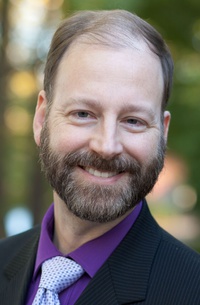 Kurt-Alexander Zeller, DMA, is a licensed Andover Educator and has presented Body Mapping workshops at regional, national, and international conferences. He currently serves as Director of Opera and Vocal Studies and as Coordinator of the Division of Music at Clayton State University in suburban Atlanta, Georgia. He is an active performer of early music and concert repertoire but especially enjoys working as a singer and stage director in all forms of music drama. Dr. Zeller holds undergraduate degrees in music and theater from the Meadows School of the Arts at Southern Methodist University and earned his graduate degrees at the College-Conservatory of Music of the University of Cincinnati. He has completed further studies at the Seattle Academy of Baroque Opera, the Early Music Institute of Indiana University, and the 1995 National Association of Teachers of Singing Internship program.

What Every Singer Needs to Know About the Body.