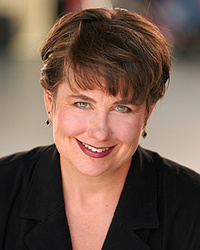 Melissa Malde, DMA, is a licensed Body Mapping Educator and performs regularly in opera, concert, recital, and musical theater. She holds degrees from Oberlin College and Conservatory, Northwestern University, the College-Conservatory of Music of the University of Cincinnati, and the Hochschule für Musik in Munich, where she studied under the auspices of a German Academic Exchange grant. While in Munich, she won first prize in the Kulturforum Competition. Other honors include winning CCM’s Concerto Competition, the Sudler Oratorio Competition and a Farwell Award in Chicago, and the Brice-Gooter Award at the NATSAA competition. She has presented academic papers, lecture recitals, and clinics nationwide, and is a professor of voice and vocal pedagogy at the University of Northern Colorado.

What Every Singer Needs to Know About the Body.