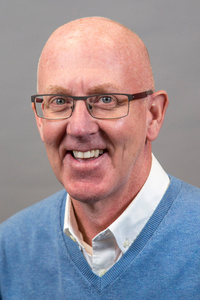 Michael P. Robb, PhD, received his BS degree in speech pathology and audiology from Western Michigan University, and MS and PhD degrees in speech-language pathology from Syracuse University (New York). He has worked as a speech-language pathologist at the Meyer Children's Rehabilitation Institute in Omaha, Nebraska (now known as the Munroe-Meyer Institute for Genetics and Rehabilitation). Since obtaining his PhD, he has held faculty posts at the University of Hawaii, the University of Connecticut, the University of Canterbury in Christchurch, New Zealand, and most recently at the Pennsylvania State University. His specialty is experimental phonetics, with particular interest in aspects of speech motor control related to early speech acquisition, stuttering, and English as a Second Language. Professor Robb has been an active researcher since 1985. Over his career, he has presented more than 100 conference papers and published over 100 refereed journal articles. He holds the Certificate of Clinical Competency in speech-language pathology from the American Speech-Language-Hearing Association (ASHA) and was recognised as an ASHA Fellow in 2009. He is a member of the New Zealand Speech-Language Therapists Association (NZSTA) and served on the NZSTA Executive Board. He is the editor-in-chief of the Folia Phoniatrica et Logopaedica, which is the official publication of the International Association of Logopedics and Phoniatrics. Professor Robb has been recognized for his teaching excellence and has taught Intro throughout his career to students in the United States and New Zealand.

INTRO A Guide to Communication Sciences and Disorders