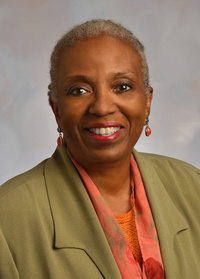 Nola T. Radford, PhD CCC-SLP BCS-F has been a speech-language pathologist for more than 30 years. She has maintained her specialty certification in fluency from the American Board of Fluency and Fluency Disorders since the early 2000s. She has worked in a variety of employment settings, including public schools, private practice, a pediatric rehabilitation clinic and various universities along with university-based clinics. Her research for publication of Smooth Talking began when she served as a faculty member at Southeast Missouri State in the early 90s and was supported through a postdoctoral fellowship she completed through the Center on Minority Research in Special Education (COMRISE) through the University of Virginia while she was a faculty member at University of Texas Pan American. The second edition was completed prior to her current appointment. She is currently a Professor and Director of Clinical Education and Clinical Research at the University of Tennessee Health Science Center, Hearing and Speech Center of the Department of Audiology and Speech Pathology. Her duties include administration of the day-to-day operations of the Hearing and Speech Center, work with a clinical faculty of 15 individuals with expertise in all service areas of speech-language pathology as well as work with graduate students with varying backgrounds from across the United States and other places. She has presented at local, state, and national speech and hearing conventions in the areas of stuttering in children and adolescents, language intervention, and the language abilities of abused and neglected children. She conducts research in the areas of stuttering, language and discourse development in children, and the early detection of Alzheimer's in minority populations. Her most recent research and scholarly activity are reflected in a paper, "Toward a Theory of Stuttering" (Mawson, Radford, & Jacob, 2016), available in European Neurology, 76, 244-251, DOI: 10.1159/000452215.

Smooth Talking: A Curriculum for School-Age Children Who Stutter