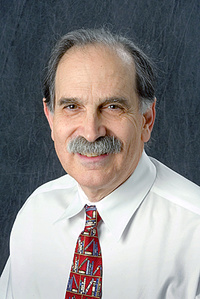 Richard Hurtig is Professor and Starch Faculty Fellow at the University of Iowa, where he joined the faculty in 1976. In addition to his appointment in the Department of Communication Sciences and Disorders, he serves on the faculty of both the Neuroscience and Foreign Language Acquisition Research and Education doctoral programs. He earned a B.A. in English and M.A. in Linguistics from New York University and an M.Phil. and Ph.D. in Psychology from Columbia University. He served as department chair from 1996 to 2005 and continues to direct the universitys American Sign Language program. He has been actively involved with the Council of Academic Programs in Communication Sciences and Disorders and served as president for the 2005-2006 academic year. He directs the Psychology of Language and the Assistive Devices laboratories and teaches undergraduate and graduate courses in Psycholinguistics, as well as a course on Designing Assistive Devices. His research interests lie in the areas of speech perception and cognitive neuroscience as well as the development of assistive technologies. His research is currently funded by a grant from the Institute of Education Sciences, a division of the U.S. Department of Education.

Augmentative and Alternative Communication in Acute and Critical Care Settings