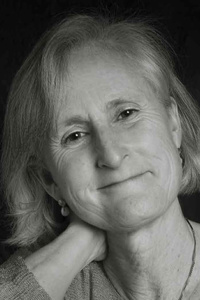 Sandy Hirsch, MS, CCC-SLP, is a private practitioner with Give Voice in Seattle, WA. She received her BA in French and Classics with a minor in music (singing) in 1981 from Lancaster University, UK. Following, she pursued a career in theatre and moved to the United States from London in 1982. Ms. Hirsch received her MS in Speech and Hearing Sciences from the University of Washington in 1989. She has been an ASHA-certified SLP since 1990, focusing on voice and neurological disorders. She has practiced in hospital and school settings. For over 25 years, Ms. Hirsch has made voice and communication modification with gender diverse people the focus of her private practice. She is a member of the Ingersoll Transgender Professional Consult Group in Seattle, WA, WPATH, CPATH, the Voice Foundation, the Northwest Chapter of the Voice Foundation, VASTA and WSHLA.

Since 2007, Ms. Hirsch has been teaching workshops nationally and internationally to clinicians, voice coaches and trainers who are committed to improving the quality of life of gender diverse people. She has presented extensively on gender diverse voice and communication modification at the Esprit Gala in Port Angeles, WA, ASHA, the Voice Foundation Symposium, the Art and Science of Performance Voice in Seattle, WA, Gender Odyssey and CPATH. Ms. Hirsch has been a guest lecturer at the University of Washington and Western Washington University as well as for medical residents in Seattle. In addition to this text, she has contributed to ASHA's SIG 10 Higher Education Perspectives publication, and her work has been featured extensively in newsprint, as well as on national radio and television media. Privately, Ms. Hirsch continues to pursue her passion for languages as well as classical and jazz singing.