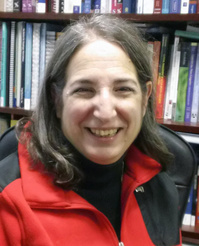 Terry Hausner Gozdziewski, SDS, SAS, TSHH, MA, CCC-SLP, has been a clinical Speech-Language Pathologist for 38 years in both New York and Connecticut and has been an adjunct professor in the Departments of Communication Sciences and Disorders at Adelphi University for 15 years (where she was nominated for a Teacher of Excellence award) as well as at LIU-Post. She received her B.A. in Speech-Language Pathology from Adelphi University, her M.A. in Speech-Language Pathology from The George Washington University, and her Educational Administration degrees from LIU-Post. In addition to her work in public schools (where she was named Teacher of the Year), she has conceived, created, and taught numerous workshops on the integration of Speech and Language with Reading and Language Arts throughout Long Island. Mrs. Goz., as she is known, has provided Speech Therapy for clients of all ages and with varied diagnoses but she has a special love for working with children who display difficulties in the area of articulation.