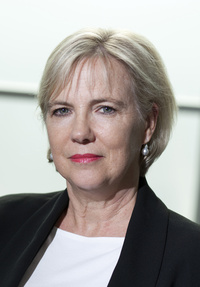 Dr. Theodoros is Professor and Head of the Division of Speech Pathology in the School of Health and Rehabilitation Sciences at the University of Queensland, Brisbane, Australia. She has published extensively on the assessment and treatment of adult motor speech disorders, and in the area of telepractice. She is co-director of the Telerehabilitation Research Unit at the University of Queensland and holds an executive position within the Telerehabilitation Special Interest Group of the American Telemedicine Association. Dr Theodoros has over 130 publications including journal articles, book chapters and two co-edited texts. She has received several large competitive research grants within Australia. Her research is regularly presented at international and national conferences. She has been an invited speaker at international conferences and seminars in the United Kingdom, United States, Canada, and Sweden. Dr Theodoros is an editorial consultant for several international speech pathology journals.

Communication and Swallowing in Parkinson Disease