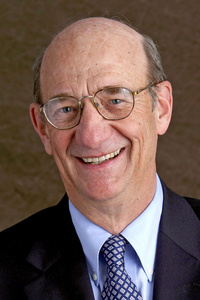 Dr. Derald E. Brackmann attended college and medical school at the University of Illinois. He served in the United States Air Force in California and then completed his otolaryngology residency at the University of Southern California, where he is clinical professor of otolaryngology-head and neck surgery and neurological surgery. He has spent his entire career at the House Clinic specializing in otology/neurotology. He has served as the president of the American Academy of Otolaryngology-Head and Neck Surgery, American Otologic Society, American Neurotology Society, and the Triological Society.