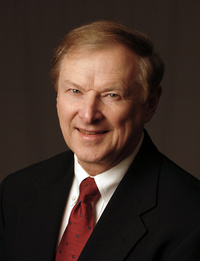 Frank E. Musiek, PhD, CCC-A, is Professor and Director of the NeuroAudiology Lab, Dept. of Speech Language and Hearing Sciences University of Arizona. He is Professor Emeritus at the University of Connecticut and former Professor and Director of Audiology at the Dartmouth Hitchcock Medical Center. He is the 2007 AAA Recipient of the James Jerger Career Award for Research in Audiology, the 2010 recipient of "The Honors of The American Speech, Language and Hearing Association for his contributions to Audiology and Auditory Neuroscience", and Recipient of "Book of the Year Award" for the 2007 Handbook of Central Processing Disorder Vol. I and II (with Gail Chermak co- editor). He has published over 200 articles and over 40 book chapters in the areas of auditory evoked potentials, central auditory disorders, neuroaudiology and auditory neuroanatomy. He has authored or edited 11 books. He has served on numerous national and international committees, editorial boards and task forces including chairing the 2010 AAA task force for clinical practice guidelines for CAPD and the 2016 Academy Research Conference (ARC) on CAPD.

Disorders of the Auditory System

Disorders of the Auditory System