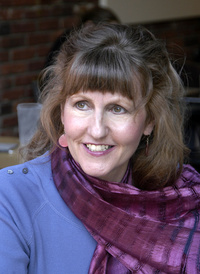 Janet Madelle Feindel, (MFA, Carnegie Mellon 2002) was awarded a lifetime membership to the Pacific Voice and Speech Foundation for “exemplary contributions to the pedagogy and care of the artistic voice”.   She has received numerous grants and awards including two Tyrone Guthrie Awards from the Stratford Festival, Canada.   She is an expert voice, dialect, accent coach, and Alexander Technique Teacher,  with particular talent for working with English as a Second Language speakers.   She is also an Equity actress and director.

Her teaching credits include Module Leader of Voice, Institute of the Arts, Barcelona; Concordia, John Abbott Cegep, Montreal; University of Alberta, Edmonton; and Professor Emerita, Voice/Alexander/Dialects, School of Drama, Carnegie Mellon University, where she initiated many innovations including Seminars on Vocal Health with the Voice Clinic, University of Pittsburgh; integration of Linklater Voice and Alexander Technique into the curriculum; Equity, Diversity and Inclusion Committee; Theatrical Intimacy Guidelines; Outreach with the Hope Academy, recognized by the Leonard Gelfand Center; and workshops for professors with the Eberly Center for Teaching Excellence.

She has published a chapter in The Performer’s Voice (Plural), articles in Canadian Theatre Review, Canada's Globe and Mail, and several Alexander Congress Papers, STAT Publishers, UK. Her play A Particular Class of Women, is published by Lazara and then in SINGULAR VOICES, Canada Playwrights Press.  Initially performed by Feindel herself, the play has been performed by many companies, including Teatro inglés and Teatro Colosseo (in Italian) in Rome, Italy.

The Thought Propels the Sound