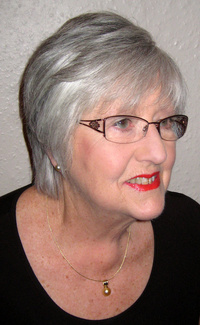 Professor Janice L. Chapman, AUA, FGS, OAM, is a singing teacher of world renown. Born and educated in australia, she won a number of major competitions and scholarships to study in London at the Royal college of Music. She won the coveted Kathleen Ferrier competition in London and went on to sing lyrico-spinto roles for all the major opera companies in the United Kingdom and in europe. Professor chapman appeared in broadcasts for the BBc and sang concerts and recitals worldwide. her career as a singer spanned 35 years and overlapped with a 40-year research and teaching career, which includes major presentations at international conferences. For many years she taught at the Royal academy of Music and is currently Professor of Voice at the guildhall School of Music and drama. in private practice she works with many of the world’s leading opera, concert, and recording artists. She is a Fellow of the guildhall School, the British Voice association, and was awarded the medal of the Order of australia “for service to music as an operatic singer and teacher of voice, and as a contributor to research into human sound production and vocal health.”

Singing and Teaching Singing: A Holistic Approach to Classical Voice.