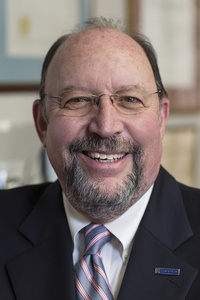 Marvin P. Fried, MD, FACS, completed his residency at Washington University, in St. Louis, and served in the U.S. Public Health Service. He joined the faculty at Boston University, Tufts University, then Harvard Medical School, where he was promoted to professor of otology and laryngology. He later became professor of otolaryngology-head and neck surgery and university chairman at the Albert Einstein College of Medicine and Montefiore Medical Center.

Dr. Fried has received numerous awards including the American Academy of Otolaryngology-Head and Neck Surgery Basic Research Award for residents, the Edmund Prince Fowler Award for Basic Science Research, and the Mark Award for Contributions to the Advancement of Laser Medicine and Surgery.

Dr. Fried has been president of the Society of University Otolaryngologists, the American Society for Laser Medicine and Surgery, the American Rhinologic Society, and the American Laryngological Association. He has published nearly 200 original reports, reviews, and chapters, as well as books and monographs.

Manual of Allergy and Clinical Immunology for Otolaryngologists