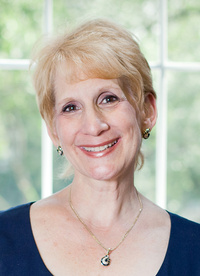 Michele B. Emmer, PhD Professor of Speech and Hearing Sciences at Brooklyn College, City University of New York (CUNY) and Professor of Audiology, Doctor of Audiology Program, Graduate Center (CUNY) received her Master of Science from Brooklyn College and her PhD in Speech and Hearing Sciences from the Graduate Center of CUNY. Her interests include middle-ear effusion, ipsilateral acoustic reflex, adult onset auditory deprivation, acclimatization, hearing impairment in the elderly, and temporal integration of the acoustic reflex. She published many articles on these topics in medical, audiological, and scientific journals such as Journal of the Acoustical Society of America, American Academy of Audiology, ENT Journal, and Rehabilation R & D (Department of Veterans Affairs). She has reviewed articles and a book. She was listed in the City University of New York Salute to Scholars two years running and received the College-wide award for Excellence in Teaching at Brooklyn College. She was co-investigator and senior research director for several federal grants; PI for two City University of New York grants, and a Principal Investigator for a grant from the New York City Department for the Aging (Dorot - University without Walls for Hearing-Impaired Elderly). Dr. Emmer holds a U.S. patent with her co-author, Dr. Silman. The device is a non-surgical treatment for the elimination of middle-ear effusion and associated hearing loss in the ears of toddlers; the prototype for this device has been completed. She is Chair of the Department of Speech Communication Arts and Sciences and a member of the AuD faculty of the City University of New York. She has been teaching courses in Speech and Hearing Science for over twenty years.

Books by Michele B. Emmer

Instrumentation for Audiology and Hearing Science: Theory and Practice.

Instrumentation for Audiology and Hearing Science: Theory and Practice