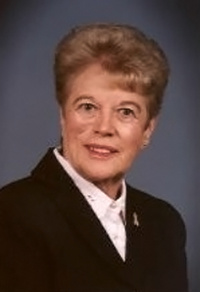 Nancy E. Leupold is the President and Founder of Support for People with Oral and Head and Neck Cancer, Inc. (SPOHNC), a national 501(c)(3) non-profit organization dedicated to raising awareness and meeting the needs of oral and head and neck cancer patients, their families, and friends. An oral cancer survivor herself, Leupold experienced many of the same difficulties as other oral and head and neck cancer patients and looked for a self-help group where she could find support and information. However, no such group existed. Consequently, with the encouragement of her surgeon, Dr. David Wolk and his colleague, Dr. James J. Sciubba, she founded SPOHNC. Now more than seventeen years later, SPOHNC has more than sixty-five chapters throughout the United States offering information, support, and encouragement to oral and head and neck cancer patients.

In addition to her responsibilities as the President of SPOHNC, Leupold is the editor of the organizations national newsletter, News from SPOHNC, which provides state of the art information to SPOHNCs constituency. Leupold has served as a member of the Coordinating Panel of the National Oral Health Information Clearinghouse (NOHIC), a service of the National Institute of Dental and Craniofacial Research (NIDCR), and as a member of the Forum Planning Committee of the Patients Advocates Forum sponsored by the NIDCR. She has also served on the Board of Directors of the ENT-Nursing Foundation of the Society of Otorhinolaryngology-Head and Neck Nurses (SOHN).

As a patient advocate for oral and head and neck cancer patients, Leupold participates on the Patient Advocacy steering committee of the Radiation Therapy Oncology Group (RTOG) and is a member of the Head and Neck Cancer Committee of RTOG.

In May of 2002, Leupold was awarded the American Head and Neck Societys prestigious Presidential Citation in recognition of her extraordinary concern for the well being of all people living with head and neck cancer. As the president and founder of Support for People with Oral and Head and Neck Cancer (SPOHNC) Leupold has proven that one person with vision and determination can improve the lives of many.

Leupold is a graduate of Oberlin College with a Masters Degree from Long Island University. She has been married to her husband, Karl, for more than forty-five years and is the proud mother of three daughters and grandmother of six grandchildren. She resides in Locust Valley, Long Island, New York.

Meeting the Challenges of Oral and Head and Neck Cancer: A Guide for Survivors and Caregivers