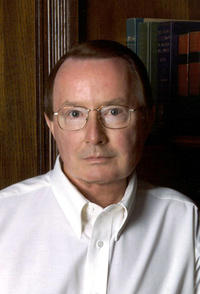 Raymond H. Hull, PhD is Professor of Communication Sciences and Disorders, Coordinator-Doctor of Audiology Program, College of Health Professions, Wichita State University, and CEO of "The Center for Communication Solutions". He was Chair of the Department of Communication Disorders, University of Northern Colorado for twelve years; held administrative posts within the Graduate School, being responsible for Graduate Program Review and Evaluation both at UNC and Wichita State University for 8 years; was the Director of Planning and Budget for the Office of the President for seven successful years at the University of Northern Colorado.

He is sought after as a speaker/presenter, and has authored and presented over 600 presentations and workshops across the U.S., Canada, South America, and Europe mostly on the art of communication in professional practice.