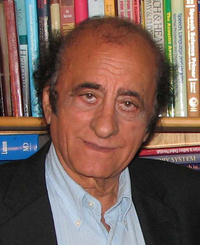 Shlomo Silman, MS, PhD, received his Master of Science from Columbia University and PhD in Audiology from New York University. He is Presidential Professor of Speech Communication Arts and Sciences at Brooklyn College, City University of New York (CUNY); Professor of Audiology, Doctor of Audiology Program, Graduate Center, CUNY; Professor of Hearing Sciences, PhD Program in Speech and Hearing Sciences, Graduate Center, CUNY; and Fellow of the American Speech-Language-Hearing Association. He has authored and coauthored approximately 100 articles, books, and chapters. His research has been supported by the Department of Veterans Affairs and the National Institutes of Health. Dr. Silman holds two U.S. patents for a medical device with Dr. Daniel S. Arick and another two U.S. patents for another medical device with his coauthor, Dr. Michele B. Emmer. His honors and awards include being the first recipient of the American Academy of Audiology Research Achievement Award in 2000 and corecipient of the 2006 National Tibbetts Award (category of Medicine), supported by the National Institutes of Health (NIH), National Aeronautics and Space Administration (NASA), National Science Foundation (NSF), U.S. Department of Defense (DOD), and other agencies, for the development and evaluation of the EarPopper. Silman is also the recipient of a medal in 2001 from the Escola Paulista Medicina of the Universidade Federal de São Paulo, Brazil, for humanitarian work with persons with hearing impairment in São Paulo, Brazil, and for scientific achievements relating to research on middle ear effusion and auditory deprivation, as well as recipient of the 2002 Journal of the American Academy of Audiology Editor’s Award. He also has served as reviewer, editorial consultant, or assistant editor for various journals, including American Journal of Audiology, Annals of Otology, Rhinology & Laryngology, Ear and Hearing, Hearing Research, Journal of the Acoustical Society of America, Journal of the American Academy of Audiology, Journal of Speech and Hearing Research, Pediatrics, and Perceptual and Motor Skills.

Instrumentation for Audiology and Hearing Science: Theory and Practice.

Instrumentation for Audiology and Hearing Science: Theory and Practice