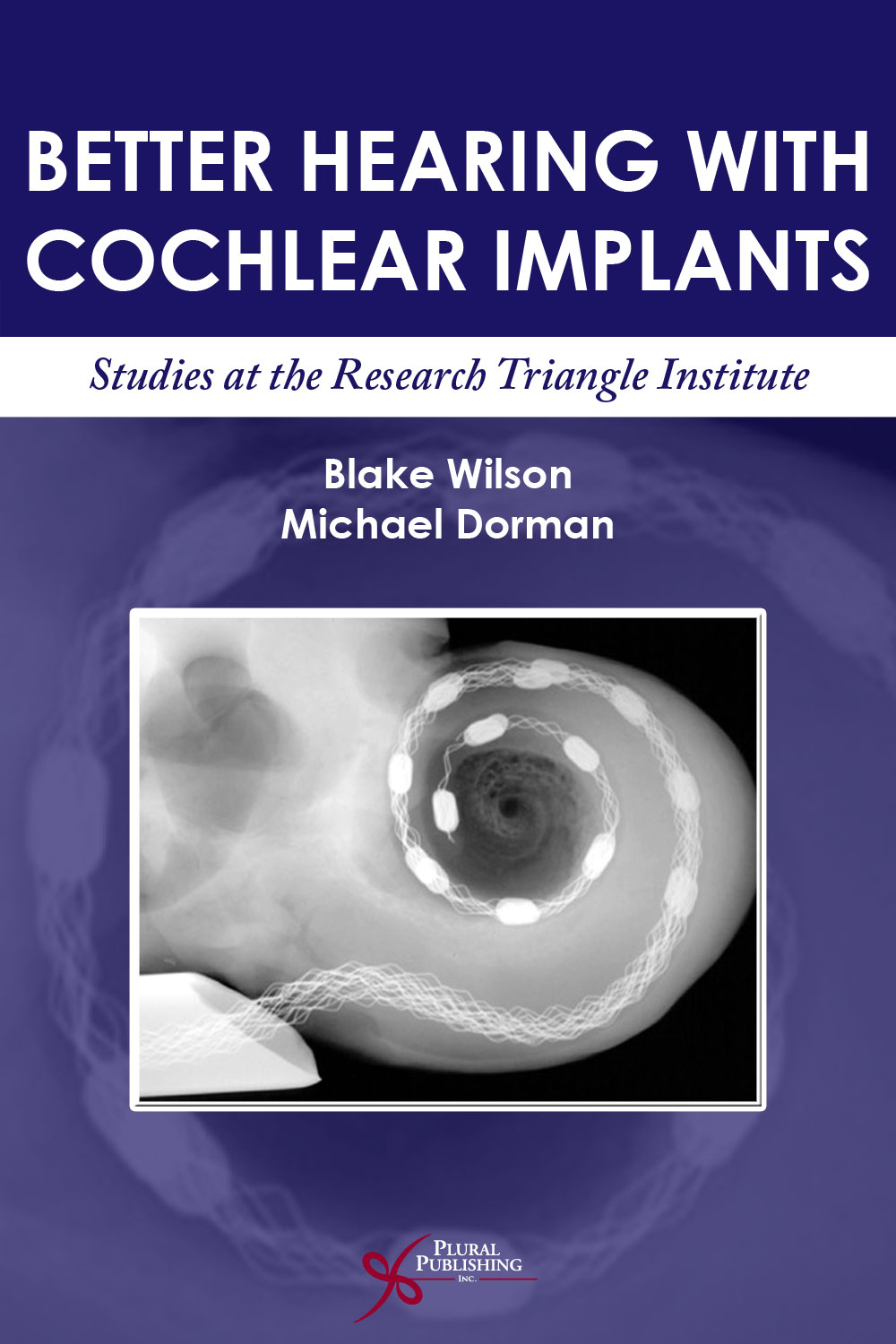 Better Hearing with Cochlear Implants provides a comprehensive account of a decades-long research effort to improve cochlear implants (CIs). The research was conducted primarily at the Research Triangle Institute (RTI) in North Carolina, USA, and the results provided key pillars in the foundation for the present-day devices. Although many of these results were reported in journal articles and other publications, many others were only reported in Quarterly and Final Progress Reports for the National Institutes of Health, which supported the RTI effort. In addition, the Progress Reports provided details that could not be included in the publications. The book is an annotated compilation of the most important sections from the most important reports that gives readers access to previously unpublished data and also a broad and logically organized overview of the research. Four main sections are included to describe the major lines of investigation: design and evaluation of novel processing strategies; electrical stimulation on both sides with CIs; combined electric and acoustic stimulation of the auditory system; and representations of temporal information with CIs. Large advances were made in each of these areas, and readers will appreciate the significance of the research and how the different areas related to each other. Each main section includes an introduction by the authors followed by two or more chapters, and the first chapter in the book describes the work conducted at the RTI in the context of the multiple other efforts worldwide.

The book may be used as a primary text on CIs, and it can serve as a multifaceted reference for physicians, audiologists, neuroscientists, designers of neural prostheses, and scientists and other specialists whose work is aimed at the remediation of hearing loss.

In all, a fascinating history is presented, which began with little or no speech recognition with CIs for any user and ended with high levels of speech recognition for the great majority of users, including the ability to converse with ease via cell phones. This is a long trip in a short time, and historians of science and technological developments will be interested in knowing how such a rapid development was possible, and about the twists and turns on the way to the destination.

"Cochlear implants remain the only examples to date of an electronic device successfully replacing a human sensory end organ, and they represent one of the major medical advances of the twentieth century. This has been recently recognized by the Lasker Foundation by giving the prestigious Lasker-DeBakey Clinical Medical Research Award to Blake Wilson [author of this text], Graeme Clark, and Ingeborg Hochmair, "for the development of the modern cochlear implant- a device that restores hearing and speech to individuals with total or nearly complete deafness." The Lasker Awards are second only to the Nobel Prize in Physiology or Medicine for honoring advances in medicine and medical science. Indeed, fully a third of the Lasker winners go on to win the Nobel Prize at a later time.

One of the Lasker awardees, Blake Wilson, and Michael Dorman (who is another pioneer and major contributor to the development of cochlear implant technology) describe the body of research and development work done at Research Triangle Institute (RTI) between 1983 and 2006. This work was largely funded by a series of contracts from the National Institute of Healths Neural Prostheses Program. One important characteristic of [the program] was that a quarterly progress report (QPR) was required. These QPRs were for many years one of the best-kept secrets in the cochlear implant field...

[In] the publication of Better Hearing with Cochlear Implants...information is carefully organized according to theme and topic. The first part is about design and evaluation of novel processing strategies, and it includes information about the initial development of the CIS speech-processing strategy...Part two covers bilateral cochlear implant studies and focuses on the study of sensitivity to interaural timing differences as well as pitch ranking across the two electrode arrays. The third part examines combined electric and acoustic stimulation of the auditory system...The fourth and final part presents studies of the representation of temporal information with cochlear implants and the ways in which such representations might be improved by appropriate adjustments in simulation strategy.

As will become clear to the reader, the RTI group pioneered many of the approaches described in the book. The book is engaging, clear, and very well written. It is obvious that a substantial amount of reflection and effort went into preparing the book, this was not at all a simple but massive 'cut-and-paste' exercise from the QPRs. The authors present much information from the QPRs, but they also provide appropriate historical and technical context.

Besides the technical information, readers will find the book interesting as an important contribution to the study of cochlear implant research history...I highly recommend this book to any reader with a personal or professional interest in cochlear implants, either from a historical perspective of a strictly technical perspective."
—Mario Svirsky, PhD & Noel L. Cohen, Professor of Hearing Science, Professor of Otolaryngology and Neural Science, Vice-Chairman for Research, NYU Langone Medical Center, in Ear & Hearing (Vol. 35, No. 1) (Jan 2014)

"It is a unique insight into the painstaking efforts that allowed the development of successful speech coding strategies, and also clearly shows the pivotal role that the RTI had in making these advances possible. In most chapters details of the experimental protocols and the individual results of the study subjects are recorded, along with a succinct and accessible discussion. The chapters dealing with general developments and current issues are very useful for those seeing and advising patients on these areas. Overall the book represents a very useful reference that all implant centres should have access to. It also is a very reasonable investment for those wishing to begin to understand the theories and developments behind the main speech processing strategies in use today. It fulfills its purpose well."
—David Selvadurat, ENT Consultant, St Georges Hospital Cochlear Implant Programme, Tooting, UK, ENT & Audiology News, Vol 23 No 2 (May/June 2014)

"This book focuses on studies related to cochlear implants (and to a lesser extent auditory brainstem implants) performed at the Research Triangle Institute over two decades. By doing so, it provides the reader with an insight into how this field has evolved, culminating in the modern cochlear implant (CI). A detailed analysis of each subject and processor type is presented very clearly, using various figures. This book beautifully distils the experience at the Research Triangle Institute."
—Y Ramakrishnan, The Journal of Laryngology & Otology

PART I
Design and Evaluation of Novel Processing Strategies
Introduction

Chapter 6
Evaluation of Other Promising Strategies

Chapter 10
Identification of Virtual Channels on the Basis of Pitch 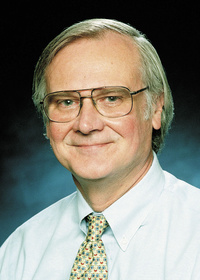 Professor Blake S. Wilson is the Co-Director (with Debara L. Tucci, MD) of the Duke Hearing Center and is an adjunct professor in each of two departments at Duke, Surgery and Electrical Engineering. He also is the chief strategy advisor for MED-EL Medical Electronics GmbH of Innsbruck, Austria, and a Senior Fellow Emeritus of the Research Triangle Institute (RTI) in the Research Triangle Park, NC, USA. He has been involved in the development of the cochlear implant (CI) for the past three decades, and is the inventor of many of the signal processing strategies used with the present-day devices. One of his papers, in the journal Nature, is the most highly cited publication on studies with CI patients. He has served as the Principal Investigator for 25 projects, including 13 projects for the National Institutes of Health. Prof. Wilson and the teams he has directed have been recognized with a high number of awards and honors, most notably the 1996 Discover Award for Technological Innovation (to Wilson); the American Otological Societys Presidents Citation in 1997 for Major contributions to the restoration of hearing in profoundly deaf persons (to the RTI team); the 2007 Distinguished Alumnus Award from the Pratt School of Engineering at Duke (to Wilson); and the Neel Distinguished Research Lectureship at the 2008 Annual Meeting of the American Academy of Otolaryngology, Head & Neck Surgery (to Wilson). Prof. Wilson has been the guest of honor at 12 international conferences, the Chairman for two other international conferences, and a keynote or invited speaker at more than 170 additional conferences. 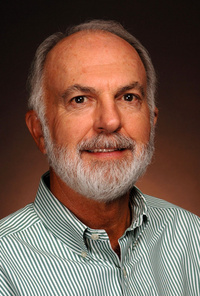 Michael F. Dorman received his PhD in Experimental Child and Developmental Psychology (with a minor in Linguistics) from the University of Connecticut in 1971. A Fellow of the Acoustical Society of America, he currently is a professor in the Department of Speech and Hearing Science and the Program in Linguistics at Arizona State University. Professor Dorman is the author of over 150 publications in areas including: (i) speech perception by infants, adults, hearing-impaired listeners and listeners fit with cochlear implants; (ii) cortical lateralization of function; and (iii) neural plasticity. His work on cochlear implants has been supported continuously by the National Institutes of Health since 1989. 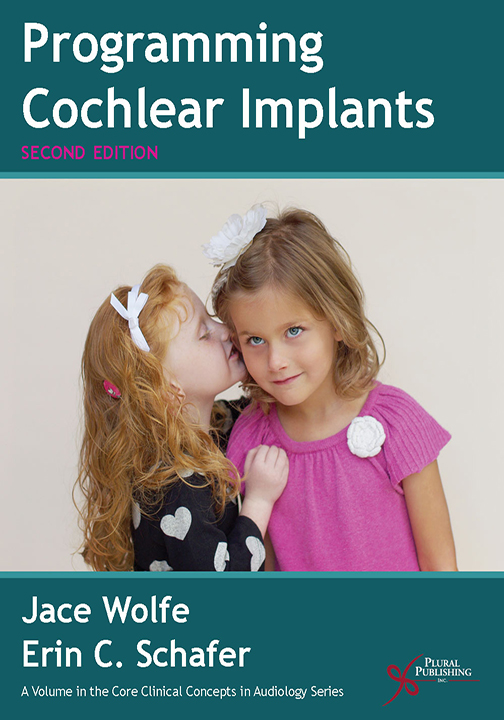 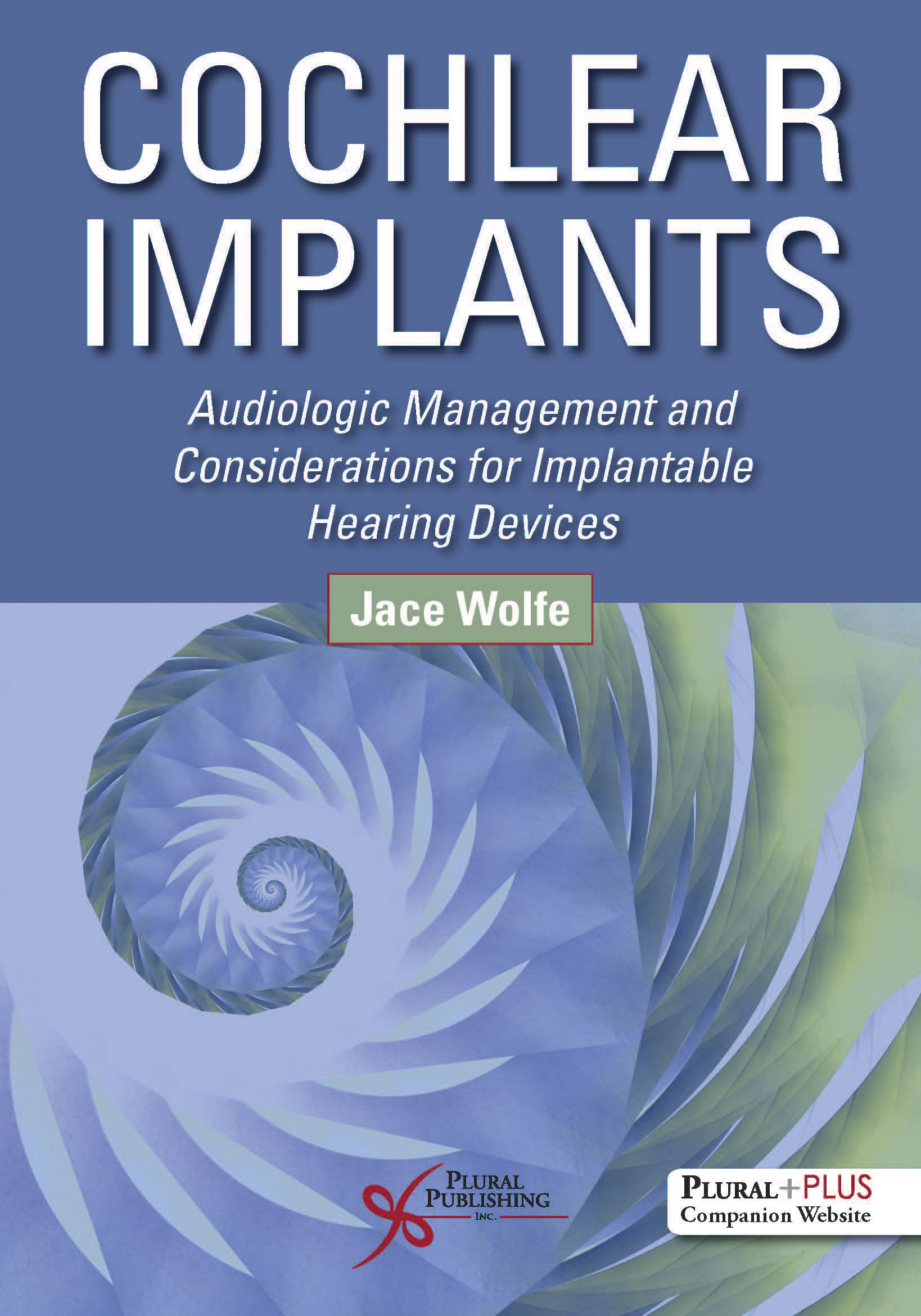 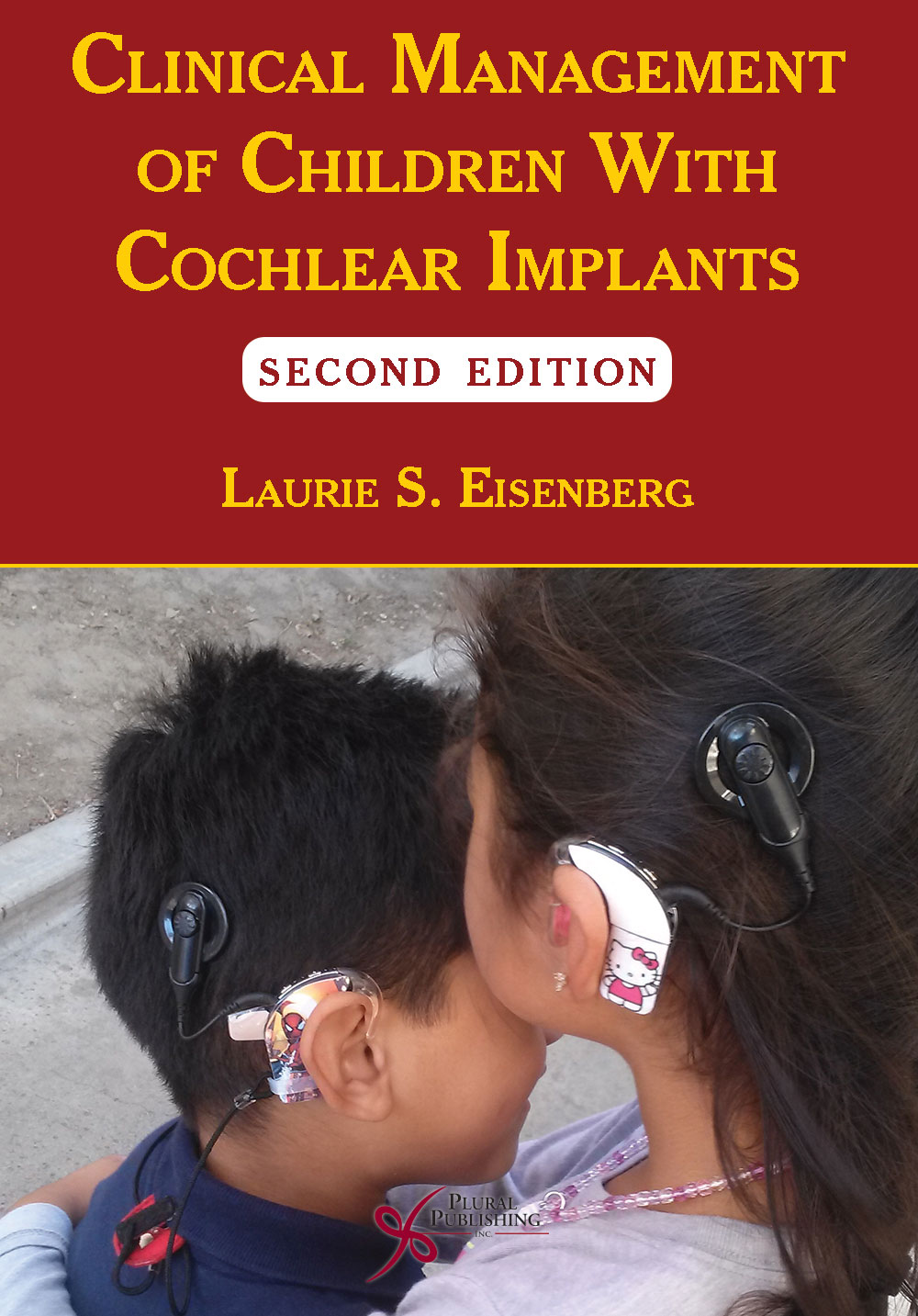