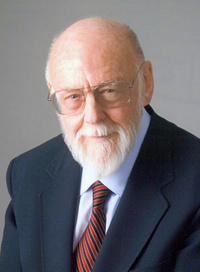 James Jerger, PhD, a native of Milwaukee, Wisconsin, received his PhD in audiology from Northwestern University (NU) in 1954. He remained on the NU faculty until 1961 and then moved to Gallaudet College in Washington, DC, for a brief period as Research Professor of Audiology. From 1962 to 1968, he served as Director of Research at the Houston Speech and Hearing Center and then moved to Houston's Baylor College of Medicine, where he remained for the next 29 years as Professor of Audiology in the Department of Otolaryngology and Communicative Sciences and as Chief of the Audiology and Speech Pathology Services of the Methodist Hospital. In 1997, Jerger sought, but failed to achieve, semi-retirement in the School of Behavioral and Brain Sciences of the University of Texas at Dallas. Here he continues to mentor doctoral candidates in audiology as Distinguished Scholar-in-Residence.

Binaural Interference: A Guide for Audiologists

James Jerger: A Life in Audiology

Audiology in the USA