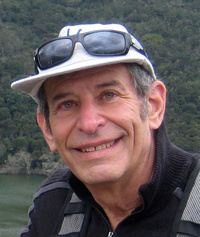 Robert Goldfarb, PhD, FASHA, is Professor (with the Professor Recognition Award) of Communication Sciences and Disorders at Adelphi University and Emeritus Professor of Speech-Language-Hearing Sciences at Lehman College and The Graduate Center, CUNY, where he was also Executive Officer. He was a Fulbright Specialist in Applied Linguistics/TEFL in Bogotá, Colombia in 2013. He has published in the areas of adult aphasia, the language of dementia, and the language of schizophrenia, and is also co-author of two tests: The Stocker Probe for Fluency and Language (1995) and Time-Altered Word Association Tests (TAWAT, 2013). He edited and contributed chapters to two books and co-authored six others. He is the recipient of major awards and highest honors from New York City and New York State professional associations.

Ethics: A Case Study from Fluency

Consuming and Producing Research in Communication Sciences and Disorders: Developing Power of Professor