Is it possible for adults to “lose an accent”? And does it even matter? 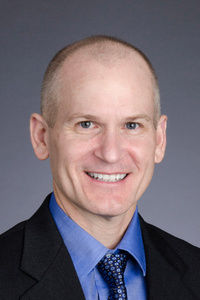 People often talk about “losing” an accent, and there is an assumption that it is a common or expected result for adults who acquire a second language. In the world of accent modification, many clients seek our services because they desire this outcome, and a quick Internet search reveals scores of professionals who promise it to them. “Losing an accent” is clearly not a technical term, and although we have a good understanding of what is meant by it, a more precise phrasing of the first question in the title might be, “Is it possible for adult learners of another language to sound indistinguishable from those who acquired the language at birth?” The short answer to this first question appears to be no, and that is why the decision as to whether it even matters becomes more important in the end.

We know that the word “adult” is critical in the first question because most of us have met individuals who began learning a second language in an immersive environment at some point before puberty and sound exactly like those who were exposed to the language from the moment of birth. On the other hand, when it comes to adults, most of us are hard pressed to find cases where a learner with no significant prepubescent exposure to the target language is able to “pass” for a native speaker of the language on a regular basis. The concept of “passing” is important because, like “losing” an accent, the idea is that someone’s speech is not just similar to a native speaker’s, but virtually identical. We know that many adults can pass for native speakers of a language under particular conditions, such as responding with short utterances or in loud environments, but are adult non-natives able to pass on a regular basis in all situations? The research suggests they are not.

Humans have long understood that children acquire languages differently than adults, but a truly scientific analysis of this phenomenon began only in the second half of the 20th century. Much of the focus has been on what has come to be known as the “Critical Period Hypothesis,” which looks at age-related differences in language learning, but a subset of this research relates to what is called “ultimate attainment” which has concentrated on the first question in the title of this post. While some studies have attempted to identify exceptional learners who sound like native speakers after learning a language at a later stage in life, they are often flawed in that they rely on self-identification, unverified reports, or short speech samples consisting of individual words or short phrases. In a more thorough analysis, Abrahamsson and Hyltenstam (2009, p. 294) studied 195 Spanish/Swedish bilinguals who had self-identified as having native accents in Swedish, and found that none of the speakers who acquired Swedish after age 17 were able to pass as native speakers after rigorous examination, concluding that “absolute nativelikeness in late learners, in principle, does not occur.”

In researching ultimate attainment for my book, I decided to use two alternative sources of evidence: actors and spies. Since many anecdotal reports of exceptional learners are difficult to verify, acting provides an opportunity to identify non-native speakers with no significant pre-pubescent exposure to a particular language who are cast as native speakers of that language and must convince audiences to the point where they can suspend disbelief. While there are many cases of actors with the same native language adopting a different dialect of that language successfully, such as the Englishman Hugh Laurie who was able to convince Americans he was from the United States in the television series House, there are very few cases where something similar has been attempted by an actor with a different mother tongue. In most instances where a non-native has been cast as a native, we will find a history of significant pre-pubescent exposure, and in the rare circumstances where this isn’t the case, the speaker’s native language is almost always closely related to English, such as Dutch or Danish, and the non-native accent is detectable by those listening closely. In a similar vein, but with higher stakes, there are remarkably few (if any) verifiable stories of undercover spies passing as native speakers of a language if they hadn’t learned it as a child even though it is a staple of movies and spy novels.

While it’s certainly possible that there are exceptional learners who can pass for natives for lengthy periods of time and in the vast majority of their interactions, it is clear that these individuals are extremely rare, and more importantly, they appear to be outliers whose abilities are related to a unique combination of innate abilities and not the product of learning or effort. This has profound implications for those of us working in accent modification because even if we are able to identify these exceptional learners, we don’t know how to produce them. Derwing and Munro (2015, p.34), who have spent decades researching accents, state unequivocally: “no study has ever shown that instruction or other systematic training can help adult L2 learners to speak with a perfectly nativelike accent at all times under all conditions.”

If “losing” an accent is such an incredibly rare (if not impossible) outcome, why do most people tend to believe it’s common, and why do non-natives often choose it as a goal? Many native speakers have never attempted to master another language and have little personal experience of the challenges involved. This makes it easier to assume that a non-native speaker has an accent due to a lack of effort or learning. Both native and non-native speakers may also compare non-natives to bilinguals who have grown up speaking two languages effortlessly, to adults who have had significant prepubescent exposure, or to native-speakers who have modified their dialects of the same native language as opposed to a different language altogether. The choice of native-like speech as a goal for language learners is easier to explain in some ways. Given the choice between learning another language with the ability to sound exactly like a native speaker or to always sound different, which would you choose? People tend to be highly motivated to assimilate, so there may be a strong desire for non-natives to sound exactly like the speakers around them since they presume it will help them fit in. It is therefore no surprise that when Derwing (2003) presented the statement, “If it were possible, I would pronounce English like a native speaker” to 100 second-language learners in Canada, 95 out of 100 responded affirmatively. In addition, it certainly doesn’t help that many professionals working in accent training make unrealistic promises that clients will somehow “lose” their accents, and it is unfortunate that the native model is still held up by most people as the ultimate sign of second language phonological acquisition despite a lack of evidence that it is achievable.

At first glance, non-natives may feel discouraged by this information since it implies that their mastery of another language may never be complete, but in reality, they should feel empowered. Accents are normal and natural, and they represent the wonderful linguistic diversity of the world. If non-native speakers view themselves as being at fault for not attaining a goal that is both unrealistic and unnecessary, they are bound to be disappointed. Clients should be proud of their backgrounds and the hard work they put into mastering another tongue. Their accents may set them apart, but they should not interfere significantly with the personal or professional success of non-native speakers if they are effective communicators. If adult language learners master the sounds and patterns of their new language and develop a level of oral proficiency that allows them to communicate clearly and naturally, then the accent itself becomes irrelevant. Non-native speakers may communicate in a way that identifies them as coming from a different part of the world, but they are capable of being equal and even better communicators in their new language than their native-speaking peers. This is a realistic and achievable goal and examples of learners who have achieved it are all around us.

Future of Leadership in CSD - Challenges and Opportunities

“I just want to be a speech-language pathologist or an audiologist. Why do I need to learn about neuroscience and the brain?”