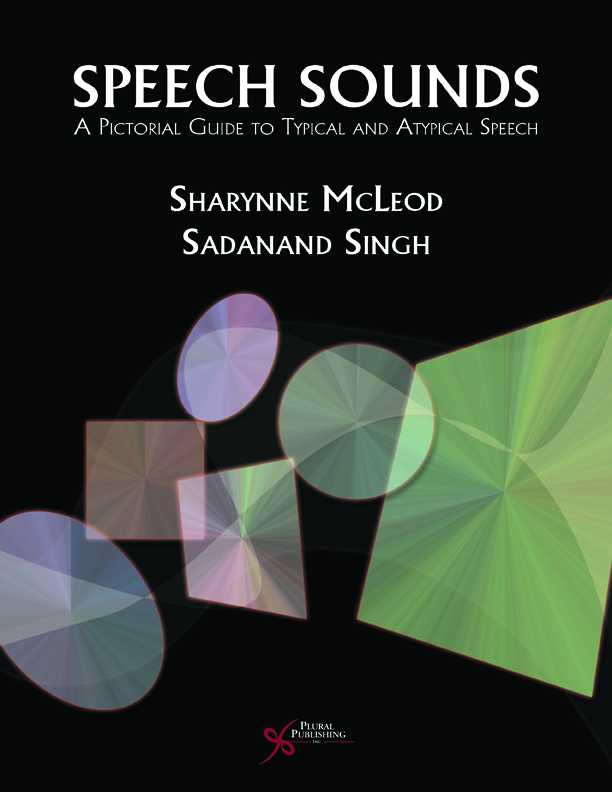 Speech Sounds: A Pictorial Guide to Typical and Atypical Speech

Speech Sounds contains maps of the mouth. As an atlas is a collection of maps in book form; so this book contains a collection of images or maps that have captured different aspects of the production of the consonants and vowels of English. As an atlas highlights topographies and landmarks, this book highlights relevant articulatory and acoustic aspects for the production for each English speech sound.

Each chapter profiles a different English consonant or vowel. There are 24 chapters to describe each English consonant and 11 chapters to describe most English vowels and diphthongs. Analytic comments are presented for each chapter. These comments focus on key dimensions of speech production and speech acoustics that differentiate one speech sound from another. Within each chapter there are at least six different representations for the profiled speech sound organised according to static and dynamic representations. The static representations include:

a photograph of the lower portion of the face, a schematic drawing of tongue position, an ultrasound image of the tongue, and electropalatographic images of tongue/palate contact. Dynamic representations profile words containing each speech sound and include a filmstrip, sound spectrogram, and continuous electropalatographic frames of tongue/palate contact.

For each of the lingual consonants, multiple images demonstrating inter- and intra-speaker variability are also included. These images have been compiled from a comprehensive research project (McLeod, 2003) of eight typical English adults' productions of lingual speech sounds in word-initial and word-final contexts within five vowel environments.

An important feature of Speech Sounds is that data from an extensive range of research papers have been assembled to demonstrate similarities and differences between productions of speech sounds by adults and children, speakers of different English dialects, speakers of languages other than English and people with impaired speech. Images from research papers have been redrawn using the same template so that extensive comparisons can be made. EPG Images from an extensive range of characteristics of people are found within Atlas of Speech Sounds:

An opening chapter provides explanatory material for the interpretation of each image, and the Atlas then covers numerous comparative images (as many images as possible are included in each chapter), each designed to first be reviewed individually and then comparatively. Reflecting the fact that researchers have focused more on some speech sounds than on others, the diversity of images in each chapter reflects the focus of the worlds speech researchers. A final chapter provides exercises to assist students' understanding of the content.

Speech Sounds is written for speech-language pathologists, phoneticians, linguists, teachers, and students of these disciplines. For those who require further explanatory detail, the Atlas has been designed to work alongside a companion book that elucidates the underpinning theory: Singh, S. & Singh, K. (2006) Phonetics: Principles and Practice (3ed). San Diego, CA: Plural. Additional complementary texts are also listed within the Atlas.

In preparation is a companion flip chart that enables ready comparison of key images for each consonant and vowel. This flip chart will be of particular importance for speech-language pathologists working with adults and children to change their articulation of sounds and for students of phonetics as they develop an understanding of the similarities and differences between sounds.

"Each English sound is described and pictured in a photograph, schematic diagram, ultrasound image and EPG frame. The sequence of producing the sound, in a range of word positions, is discussed, as is the intra- and inter- speaker variability of each sound. This varies in detail considerably, sometimes covering a range of client groups and languages. This detailed book would be useful for students, for clinicians building a clear picture of a target sound and therapists working with children with complex speech sound disorders."
—Sarah Braithwaite, NHS Tower Hamlets, Speech and Language Therapy in Practice magazine (Spring 2011) 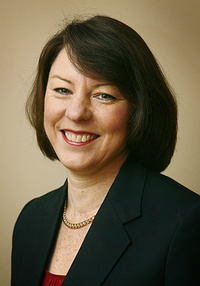 Sharynne McLeod is a professor of speech and language acquisition at Charles Sturt University, Australia. She is an elected Fellow of the American Speech-Language-Hearing Association and Speech Pathology Australia and is the Vice President of the International Clinical Linguistics and Phonetics Association. Professor McLeod is editor of International Journal of Speech-Language Pathology and has published many books and journal articles. Professor McLeod was awarded an Australian Learning and Teaching Council Citation for Outstanding Contributions to Student Learning for her "sustained dedication, innovation and enthusiasm in university teaching that has had local, national and international impact". 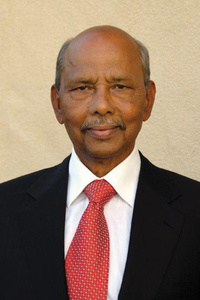 Sadanand Singh, PhD, (1934-2010) was a fellow of the American-Speech-Hearing-Language Association (ASHA) and an active member to the direction of that organization. Dr. Singh was chairman of Plural Publishing and had been a professor at The Ohio State University, professor and department chair at Howard University, professor and director at the University of Texas Health Science program, and professor and chairman of the Communicative Disorders Department at San Diego State University. He also served on advisory boards with leading scientists, clinicians, and professors in several areas of key academic and clinical concentration. Dr. Singh authored undergraduate and graduate texts in phonetics, phonology, measurements, and clinical procedures. 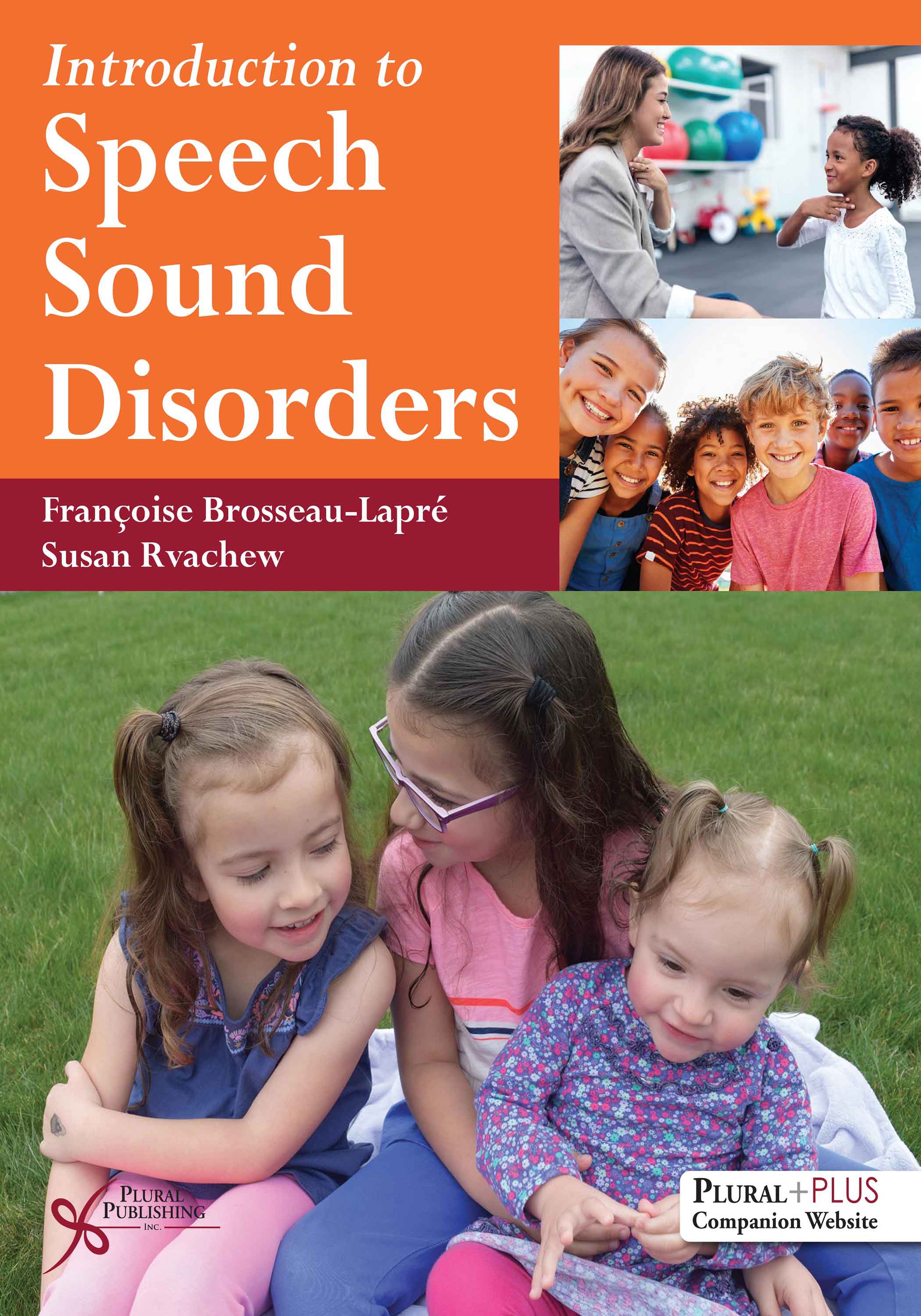 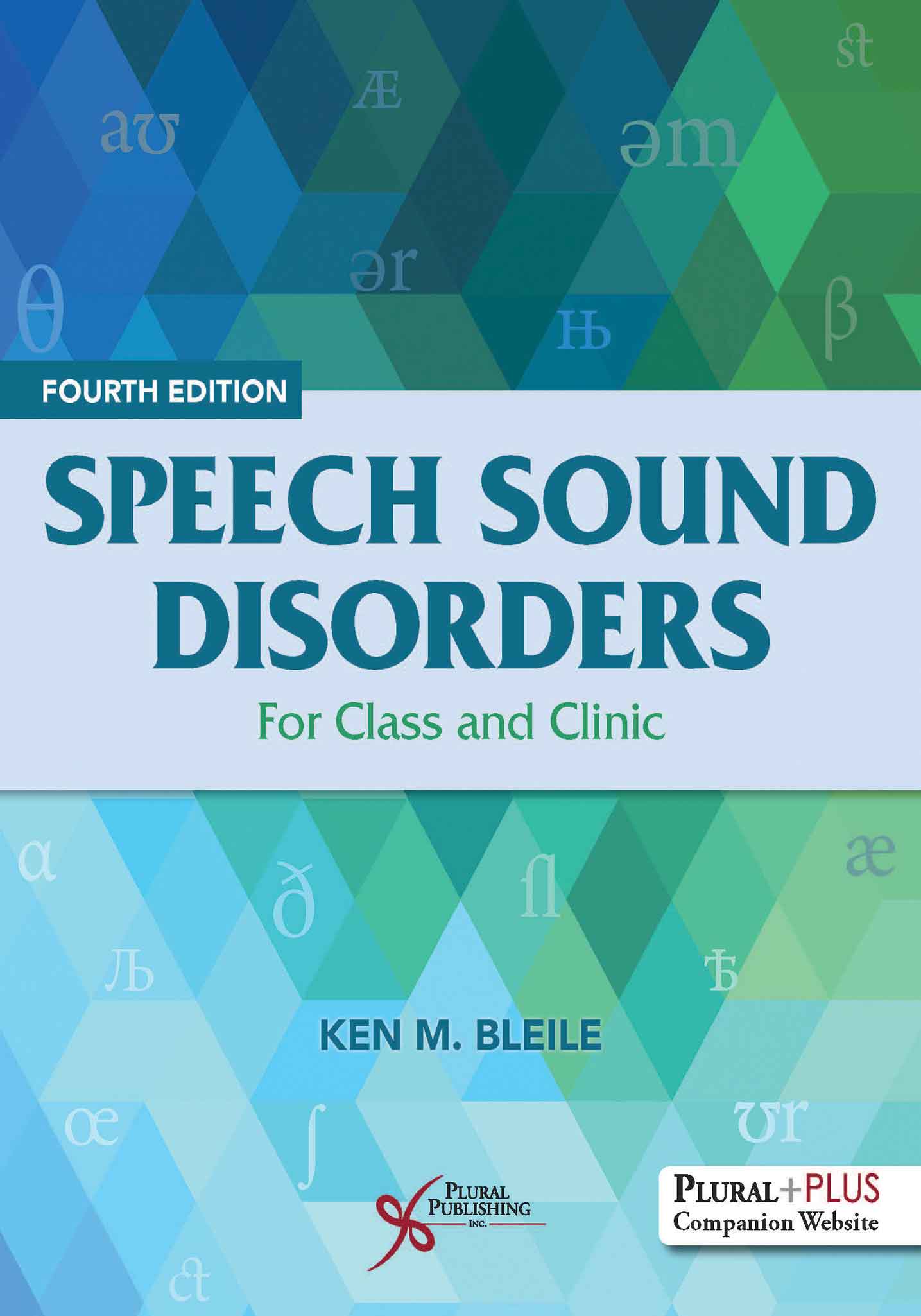 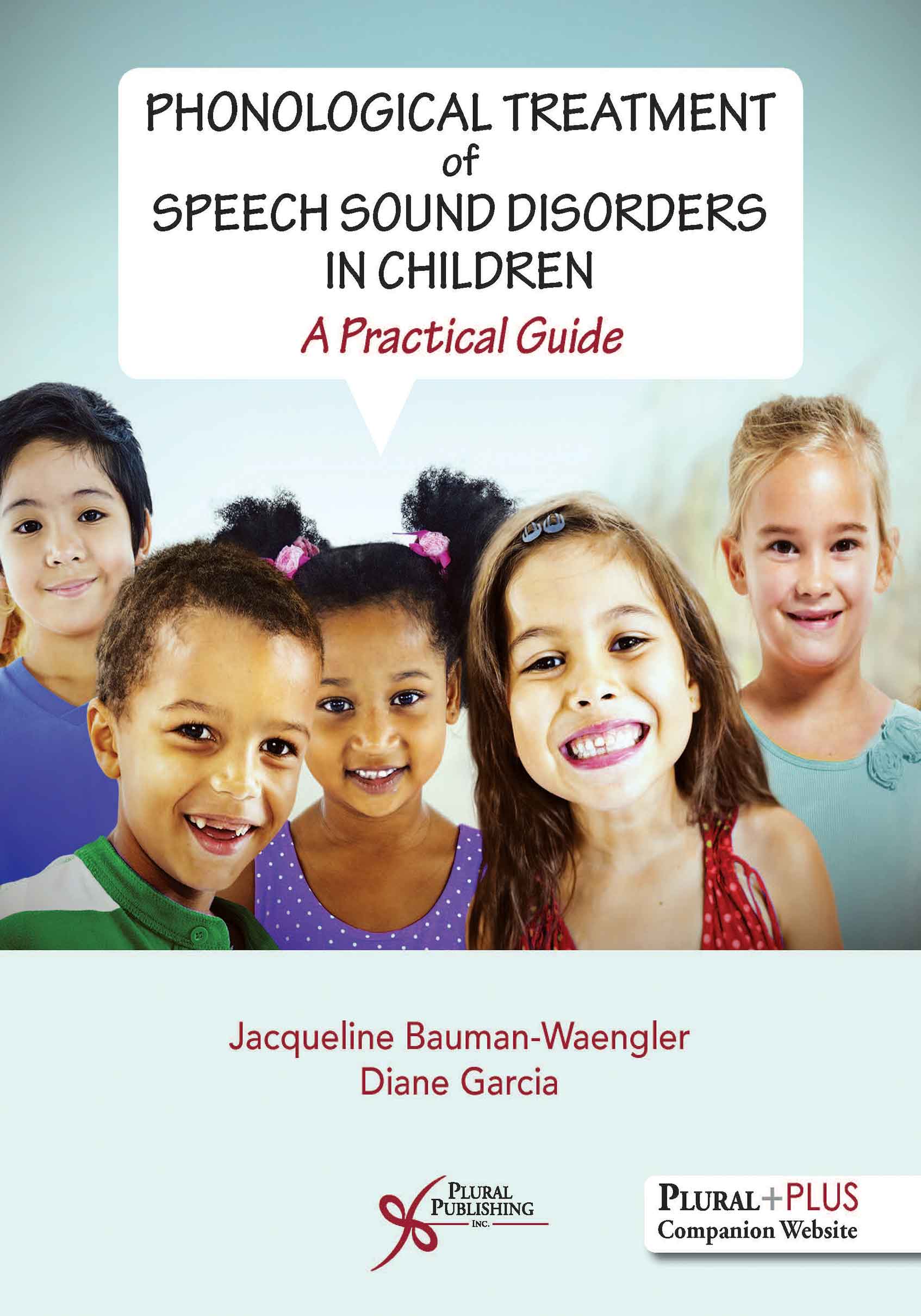 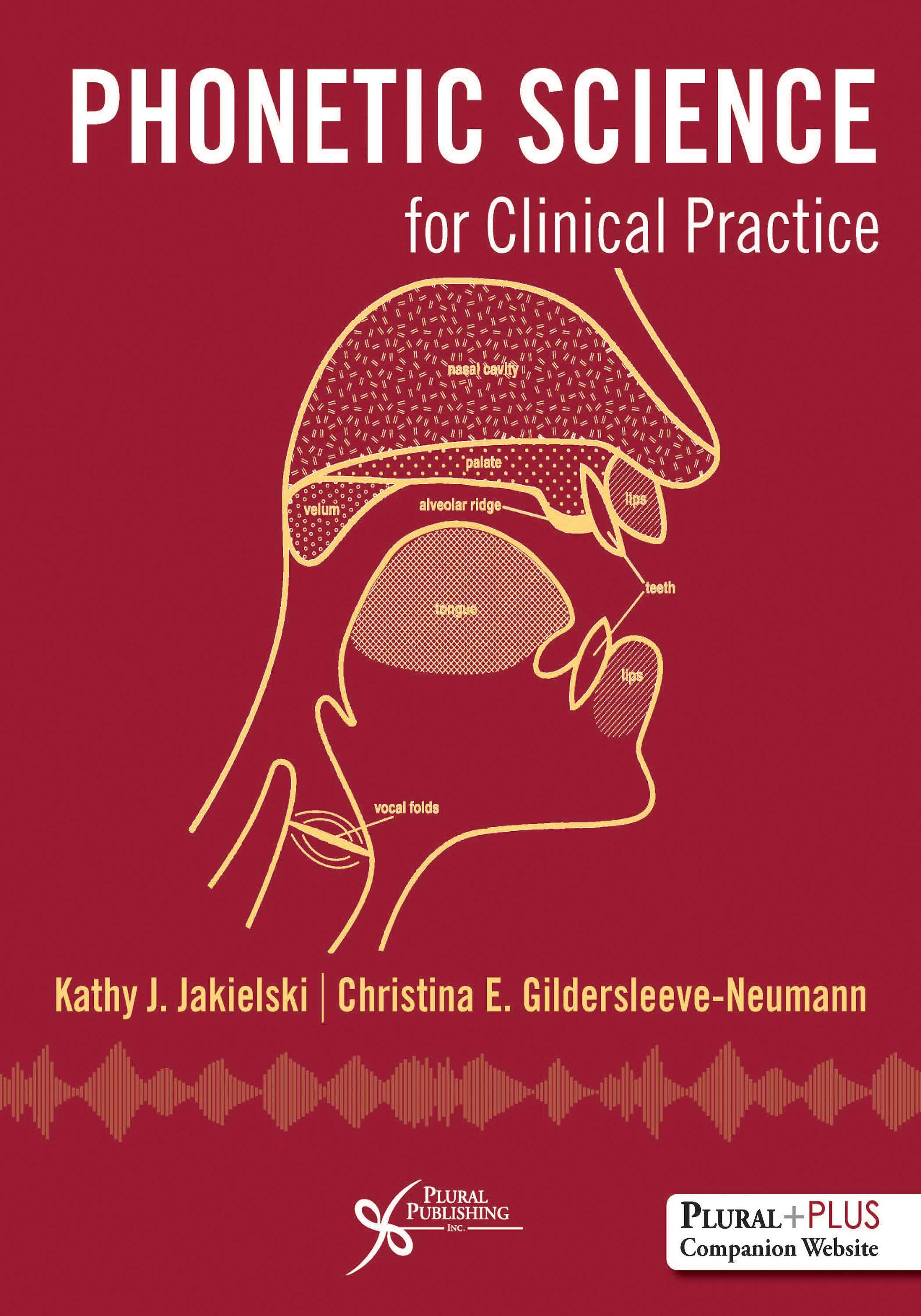 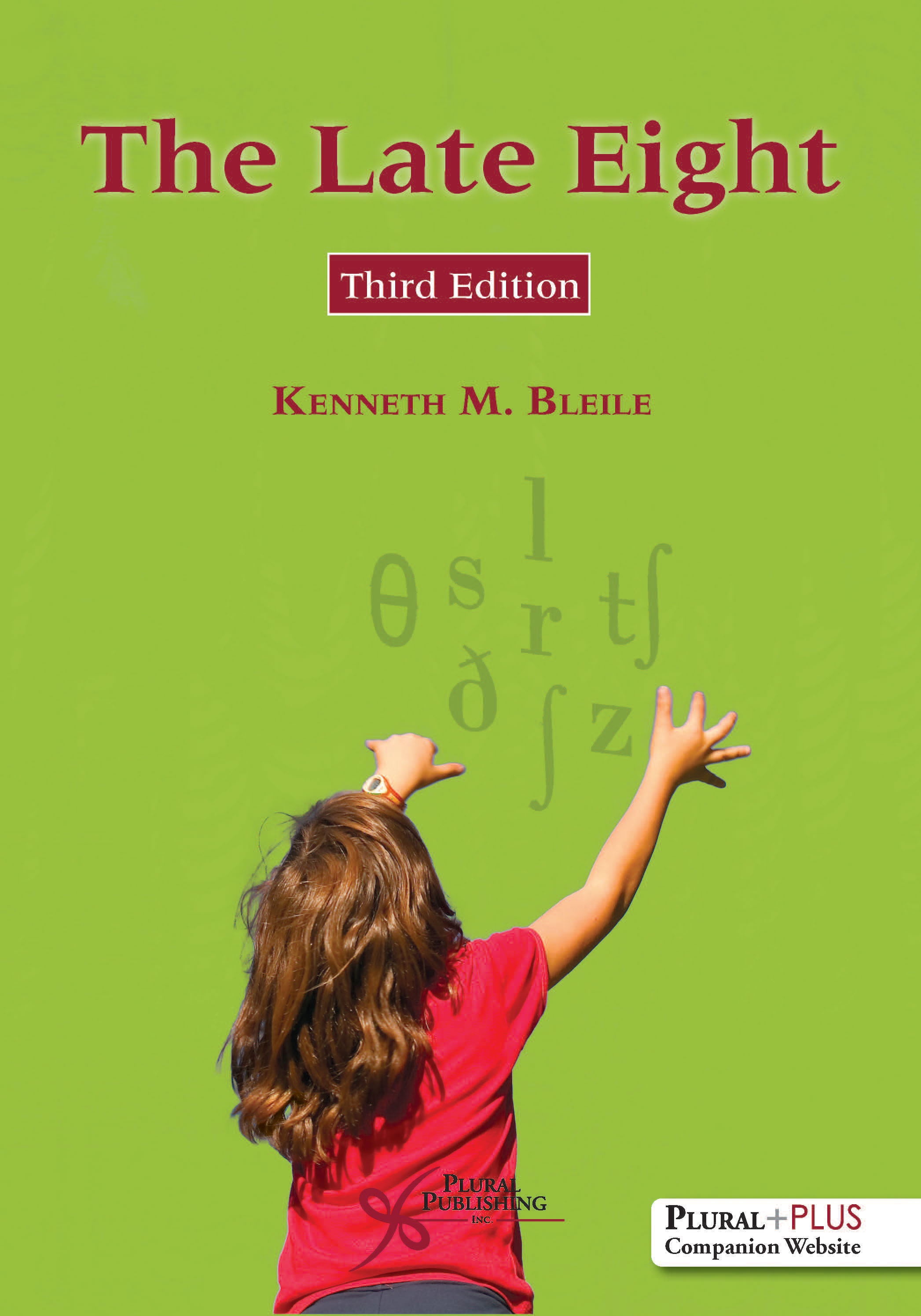 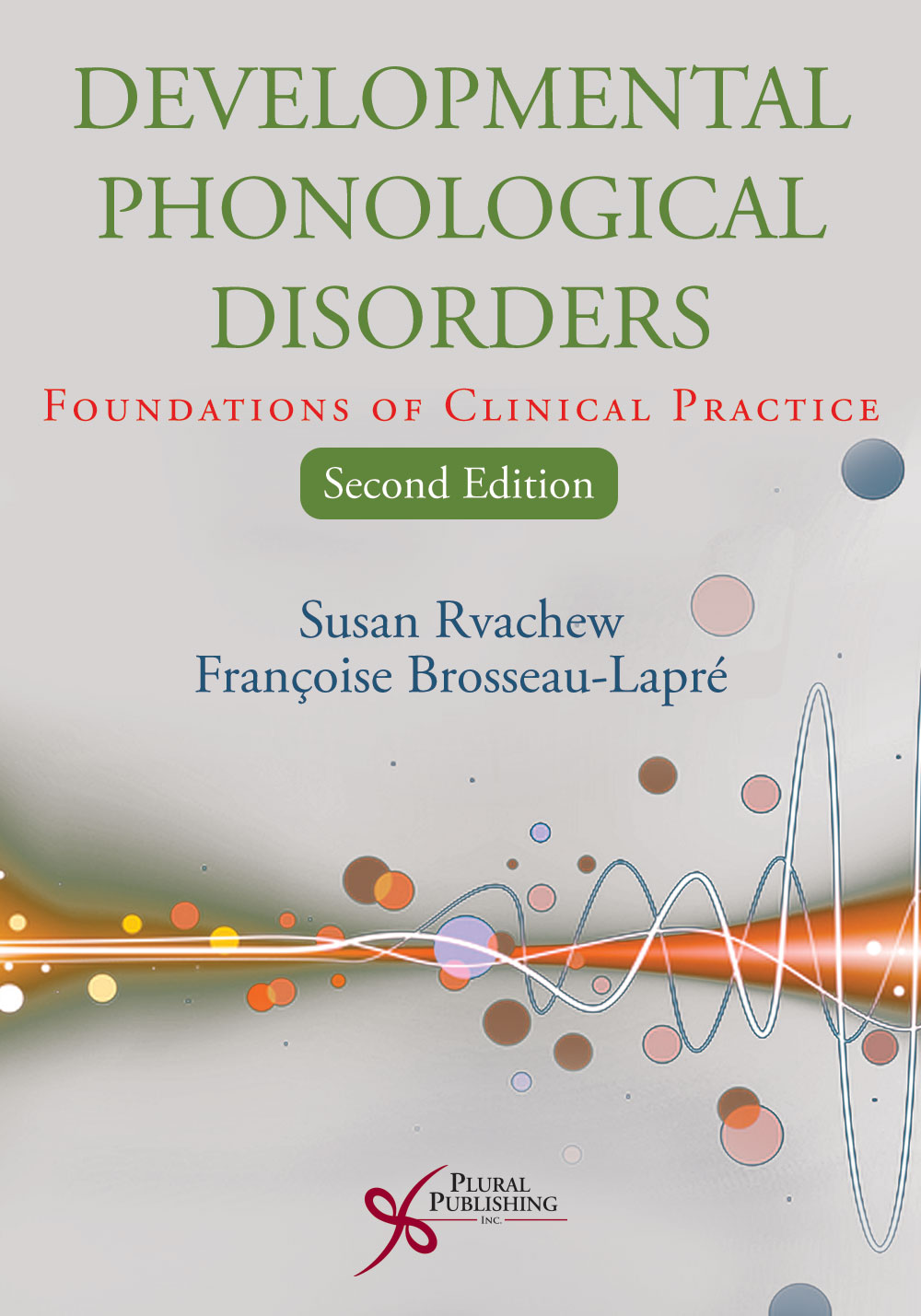 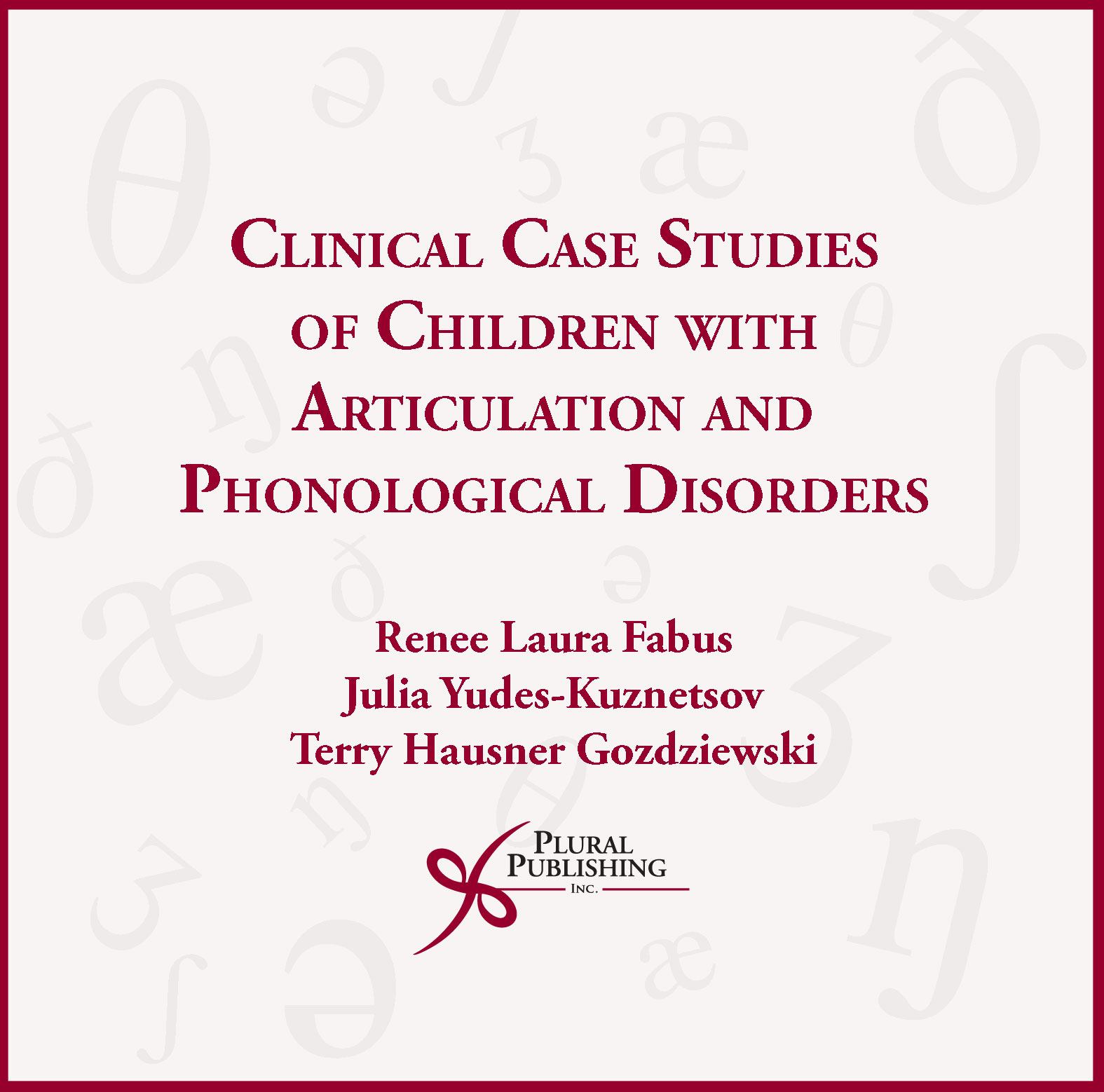 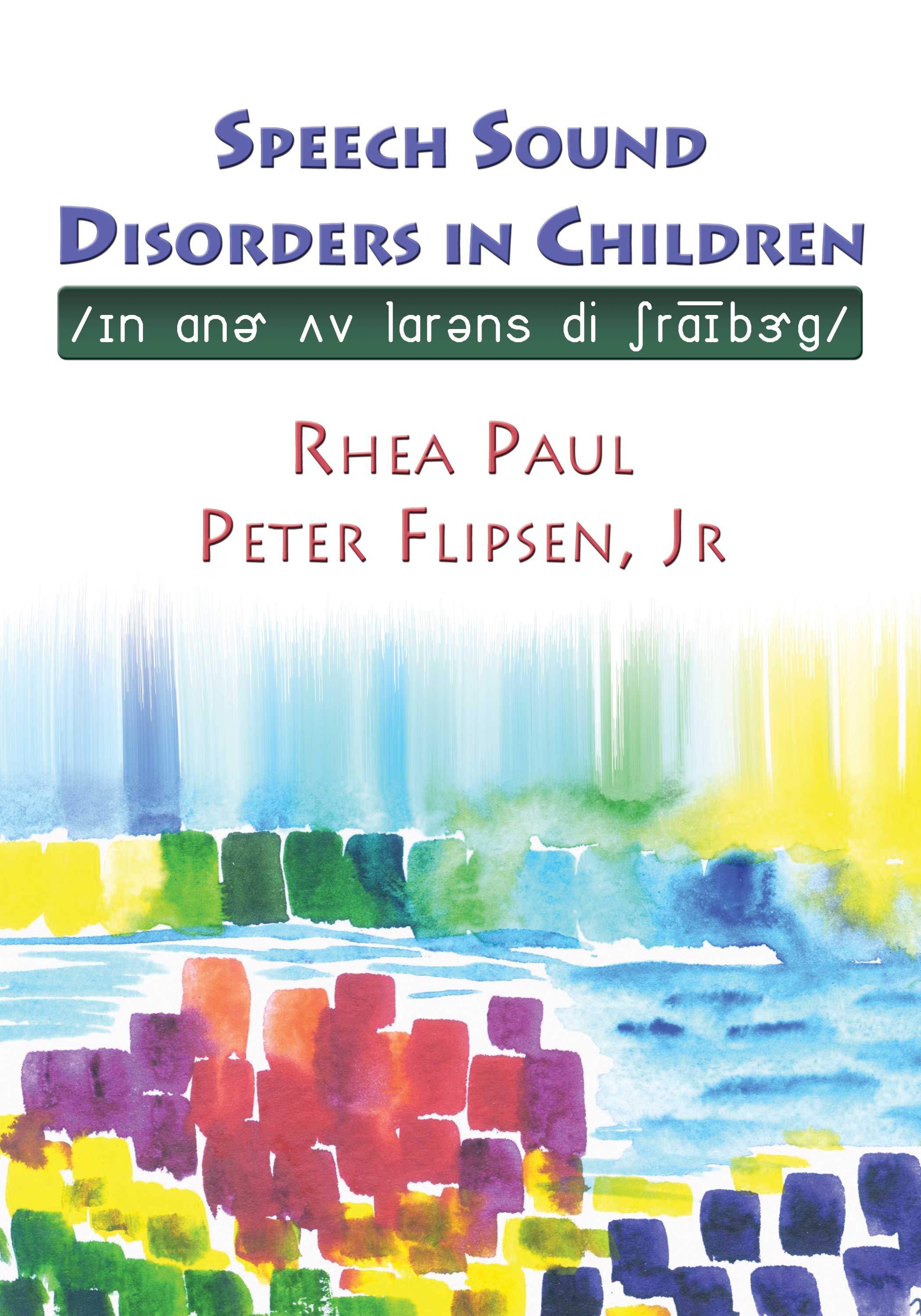 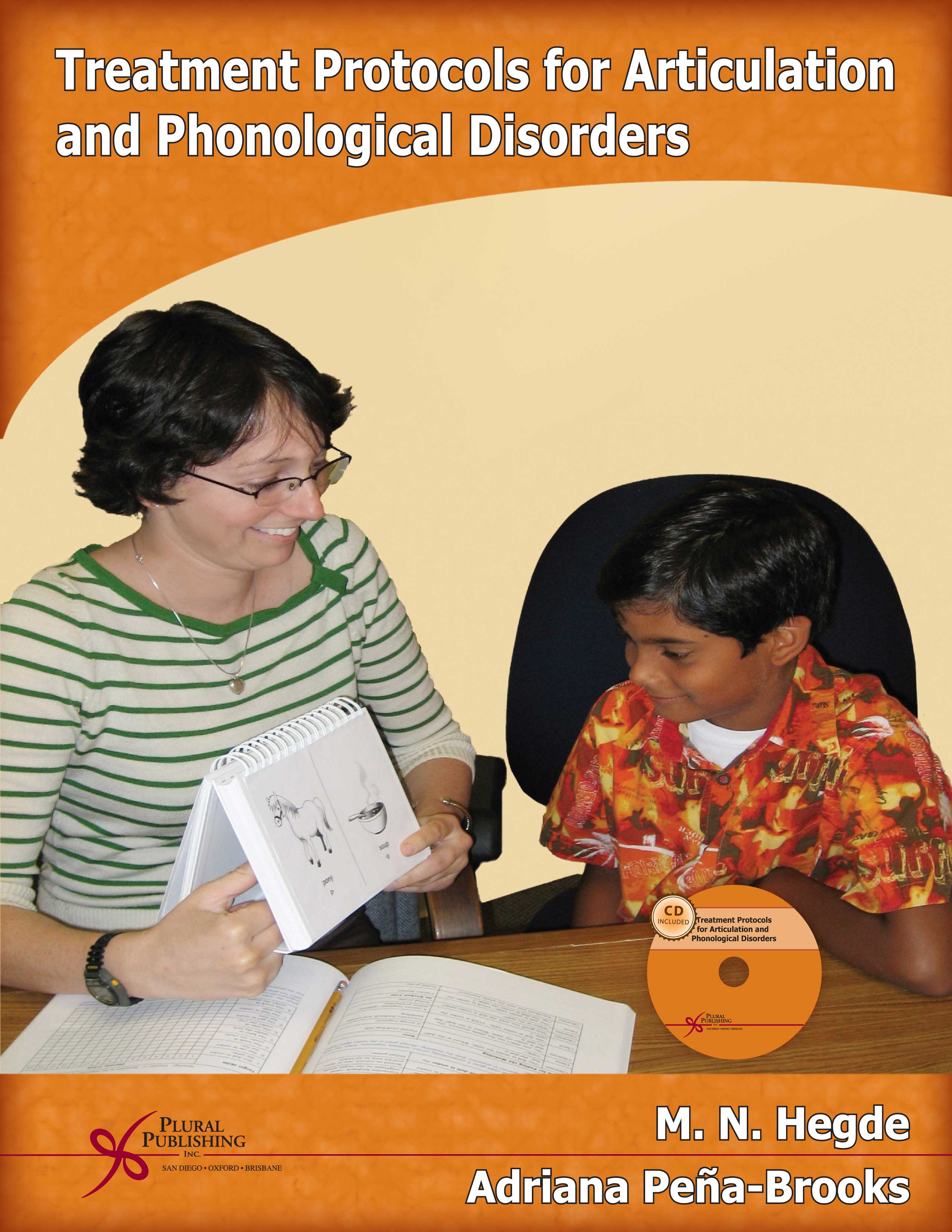 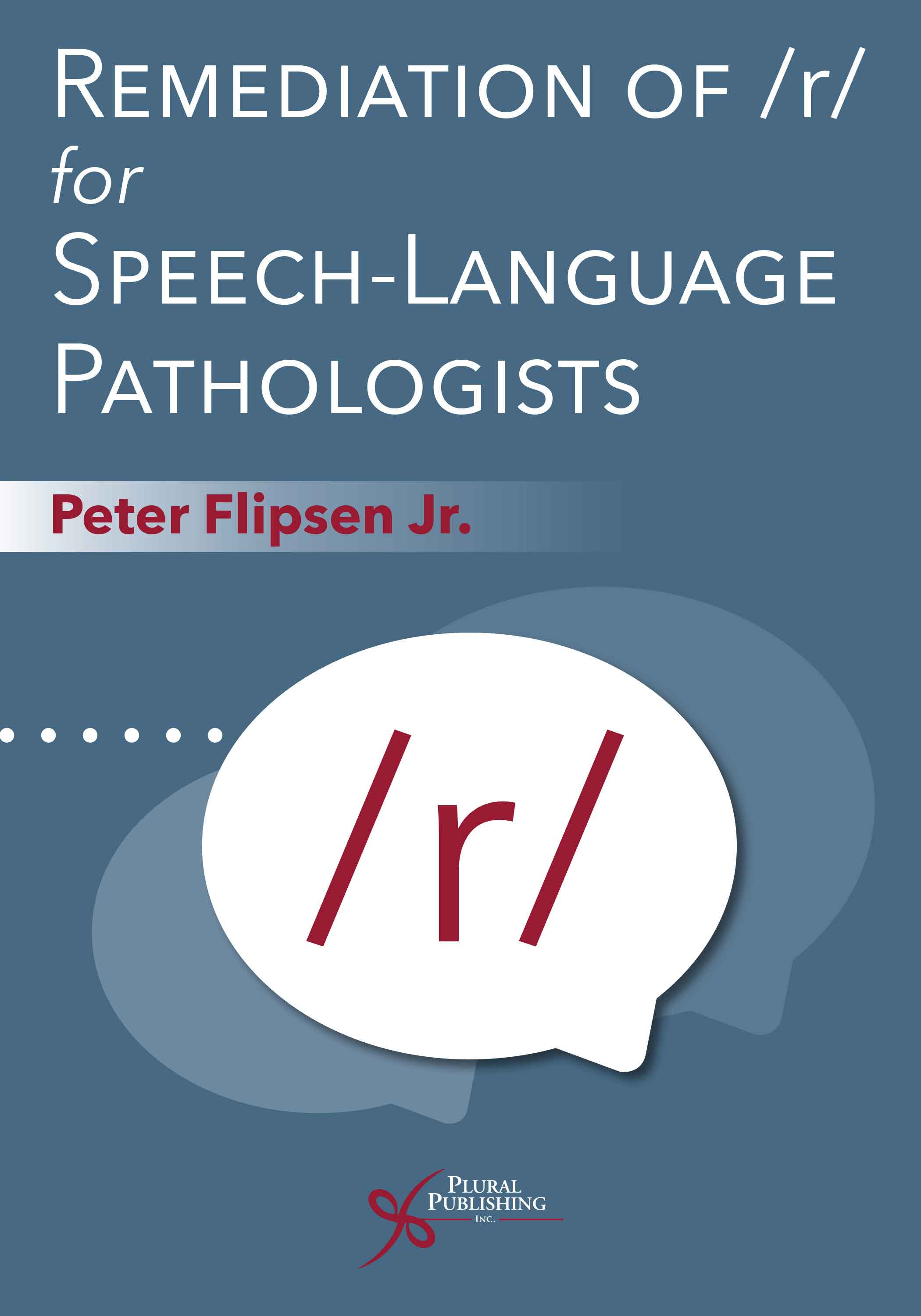 Remediation of /r/ for Speech-Language Pathologists

Remediation of /r/ for Speech-Language Pathologists