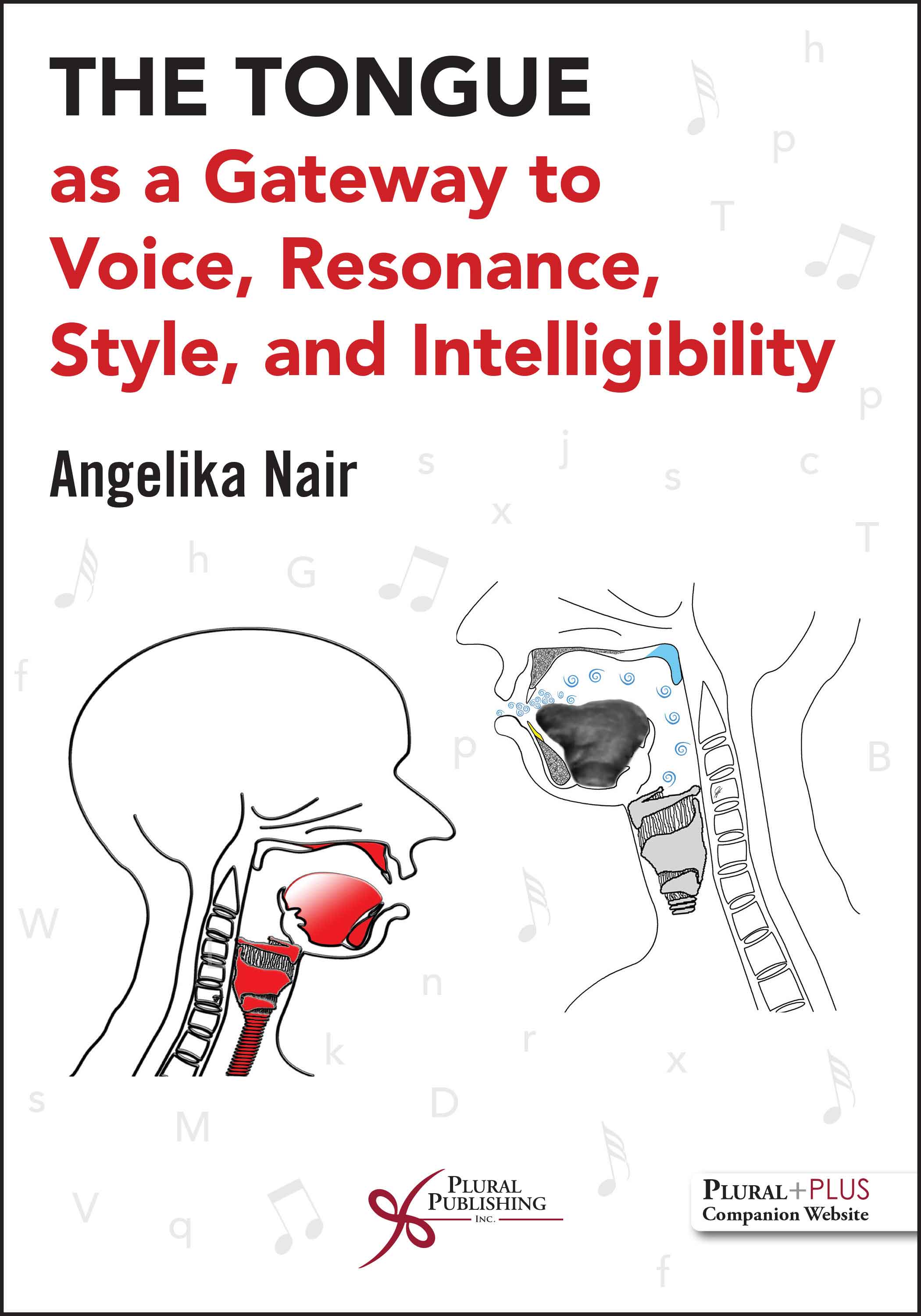 The Tongue as a Gateway to Voice, Resonance, Style, and Intelligibility

To be in the way, or to be out of the way, that is the question. Voice users and scientists alike agree that the tongue is a crucial part in singing. Yet, there has been no literature published that solely addresses the tongue and its acoustical influence in the context of technique. The Tongue as a Gateway to Voice, Resonance, Style, and Intelligibility finally answers the question which has plagued voice users: how does the tongue affect my singing and how can I manipulate it for my purpose?

This book is unique in its approach to, and concentration on, the singing and speaking of consonants. In the world of voice, consonants are often overlooked in favor of a vowel-centric approach to vocal pedagogy. By combining voice pedagogy with vocal science, Dr. Angelika Nair breaks down the mysteries of the tongue and its effect on consonant production for a fascinating new take on the human voice.

In addition to up-to-date scientific information, this work provides practical resources for singers, actors, and voice pedagogues of all genres, including exercises, step-by-step instructions, and easy-to-follow illustrations. Readers of The Tongue as a Gateway to Voice, Resonance, Style, and Intelligibility have the opportunity to explore the voice as a whole and fully visualize the hidden nature of voice production for immediate application in their own singing.

The author presents the complexities of voice science in simple and accessible terms, so it is applicable to anyone interested in enhancing their performance or teaching.

In this episode of the VocalFri podcast, Angelika Nair discusses her journey as a singer that led to interest in the tongue and how that led her to ultrasound technology. Listen here.

Angelika Nair Discusses The Tongue as a Gateway to Voice, Resonance, Style, and Intelligibility

“The book makes a unique contribution to the field in two major respects. First, Dr. Nair translates the complex nature of voice science into simple terms, practically applicable to anyone who wants to enhance his or her training, performance, teaching or voice awareness. Second, she explores the voice as a whole, giving attention not only to phonation and the voice box itself, but also to whole vocal product as the result of a sophisticated transformation of the basic sound through the vocal tract. Tongue and mandible are not treated as components of the vocal tract but as important elements of interconnectedness with the entire voice box, which makes complete sense. The world of voice is predominantly based on vowels, the so-called “vowel centric world”; however, consonants have resonance and this may interfere with the quality of the vocal output. Beautiful ultrasound images are offered to give insights on the inner process of singing and also to help improve speaking. Moreover, Dr. Nair shares with the reader her experience using biofeedback in the voice studio. Consonants and tongue are never going to be overlooked again!”

“… Writing for a wide-ranging audience, Nair makes a concerted effort to keep her explanation of voice science tied directly to application. …
Among the many ideas and concepts presented…she returns frequently to three techniques… The first consonant resonance (CR), accomplished in part in establishing the shape of the vowel that follows a consonant on the consonant itself.
The second is ‘Say it as a singer’ (SAS), which involves speaking a phrase through the same vocal tract configuration used when singing. Nair provides images from spectrographic analysis to demonstrate the acoustic differences between speech and SAS production.
The third technique is the low mandible maneuver (LMM), which involves lowering the back of the jaw (posterior mandible) as a way to allow for more oral cavity/oropharyngeal resonance. She uses magnetic resonance images to demonstrate the impact LMM has on the tongue.
In the Preface, Nair states her goal of making scientific knowledge readily available and practically applicable ‘to anyone who wants to learn how to sing or speech in a healthy manner’ in order to discover the full potential of their voices. To this purpose, her book serves as a helpful guide with page after page of theory and application, providing voice users of all levels much to explore.”
–Brain Manternach, D.Mus., Utah Center for Vocology, in the Classical Singer (January/February 2022)

“[Chapter One is] an excellent introduction that clearly outlines the premise of the whole book and gives very important facts about vowels and consonants, particularly the relative amounts of each speech sound in both spoken and sung texts.  It also introduces the concept of consonant resonance which is needed to assist the singer in creating a balanced sound once text is introduced.
[Chapter Two is] a very clear and detailed exposition of the tongue’s anatomy and physiology, there is particular emphasis on the fact that the tongue is a purely muscular structure capable of movement in a large number of planes.  The concept of antagonism is also well described.
[Chapter Three] focuses on the Lower Mandible Manoeuvre (LMM).  A great deal of detail is given on the resonance effects that this manoeuvre provides.  It allows for a much greater set of harmonics as well as a much wider frontal opening of the mouth.  There are also a large number of diagrams that outline the effect of the LMM on the position of the jaw and the larynx and some research is quoted that the LMM gives a much longer pharynx and a lower larynx.  There are also some MRI images that indicate changes to tongue position and shape when the LMM is employed.
[Chapter Four has] extremely valuable exercises here for improving strength, coordination and awareness of tongue movements which can be used as both warm-up and function exercises.
[Chapter Five and Six] deal with vowels in some detail. There is information on formant structure, tongue shape and position and the effect of the LMM on central vowels, especially neutrals such as schwa. The use of ultrasound images certainly makes the argument from the text much easier to understand….
[Chapter Seven] is titled “Consonants and Consonant Resonance”, the first part of the chapter actually describes vowel modification and the links between consonants and vowels in quite a clear and accessible way. There is some excellent information on consonants that can be sung such a[s] /m/ but again the LMM is also used here. There are also statements about the depressed tongue root as a valuable component of consonant resonance, particularly for the unpitched consonants…The rest of the chapter gives excellent information on manner, place and voicing.
[Chapter Eight through to Fifteen] deal with sounds in groups and provide articulatory considerations and common challenges for each of the sounds. There is some advice on ways to improve the consonant resonance for each sound.
These chapters are comprehensive and provide information on all the consonant sounds that a classical singer would meet when singing in English, French, German, or Italian.
Overall, this book is clearly written and contains very precise descriptions of the consonant and vowel sounds. The concept of consonant resonance is also clearly articulated and outlined. The diagrams and ultrasound images greatly enhance the text…”
–Ron Morris, PhD, MA, Griffith University, in Australian Voice (Dec 2021)

Part I. The Theory

Chapter 1. It Is a Vowel-Centric World

Chapter 5. The Building Blocks of Language and Biofeedback from Ultrasound

Chapter 6. Vowels and Vowels That You Thought Were Consonants 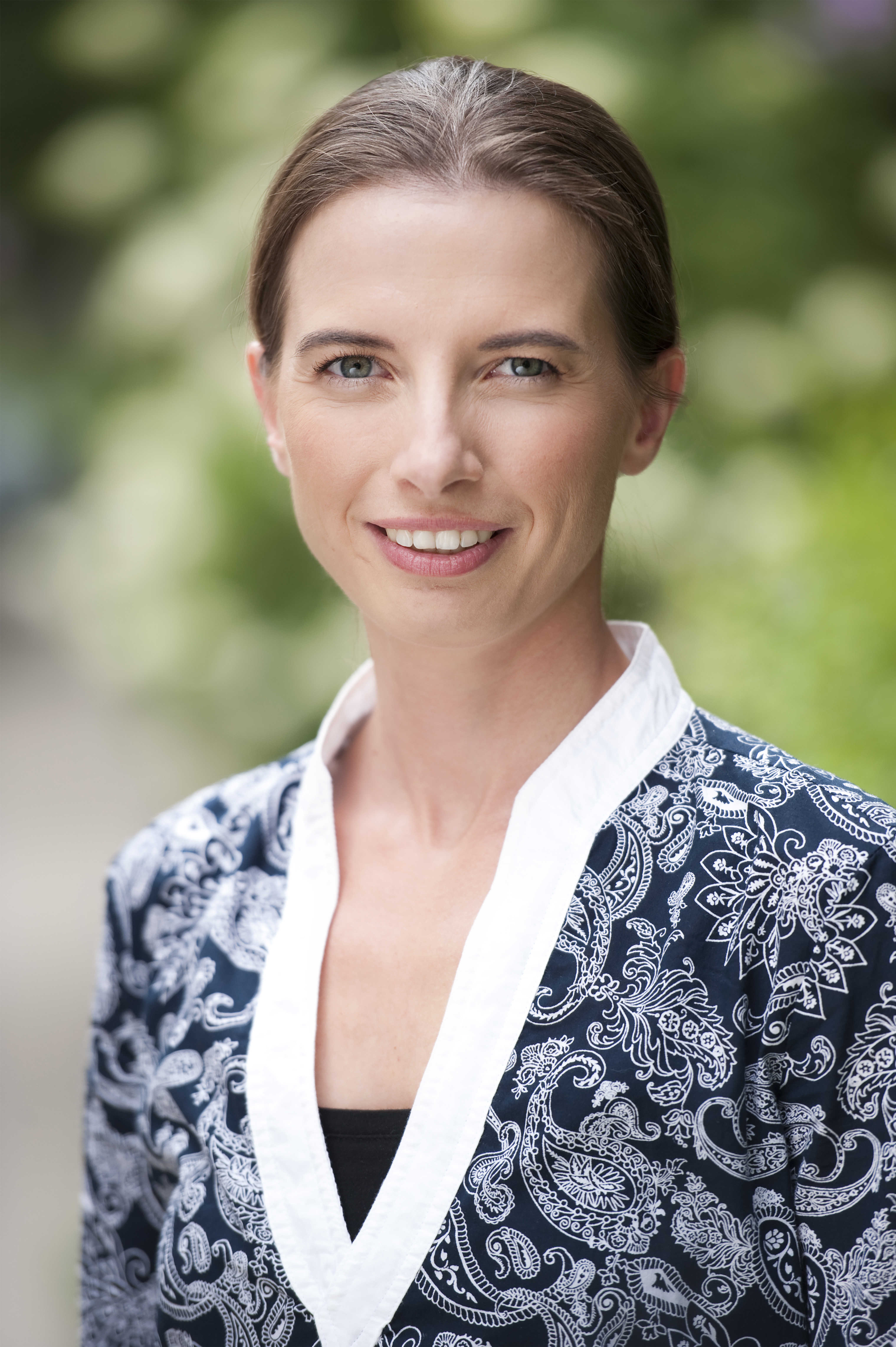 Dr. Nair researches and specializes in the use of voice technology and kinesthesis and pioneered the practical use and implications of ultrasound as both a voice research and biofeedback tool in the voice studio.

The critical success of this work has led to publications in peer-reviewed journals, 1st Place in the 15th Annual David W. Brewer Award for Best Poster, recipient of the Van Lawrence Award 2020 by the Voice Foundation and the National Association of Teachers of Singing, as well as presentations worldwide. Dr. Nair teaches voice workshops, master classes, and lectures at music schools, conservatories, and universities both nationally and internationally.

Purchase of The Tongue as a Gateway to Voice, Resonance, Style, and Intelligibility comes with access to supplementary materials on a PluralPlus companion website.

*Note: If you have purchased this textbook used or have rented it, your access code will not work if it was already redeemed by the original buyer of the book. Plural Publishing does not offer replacement access codes for used or rented books. 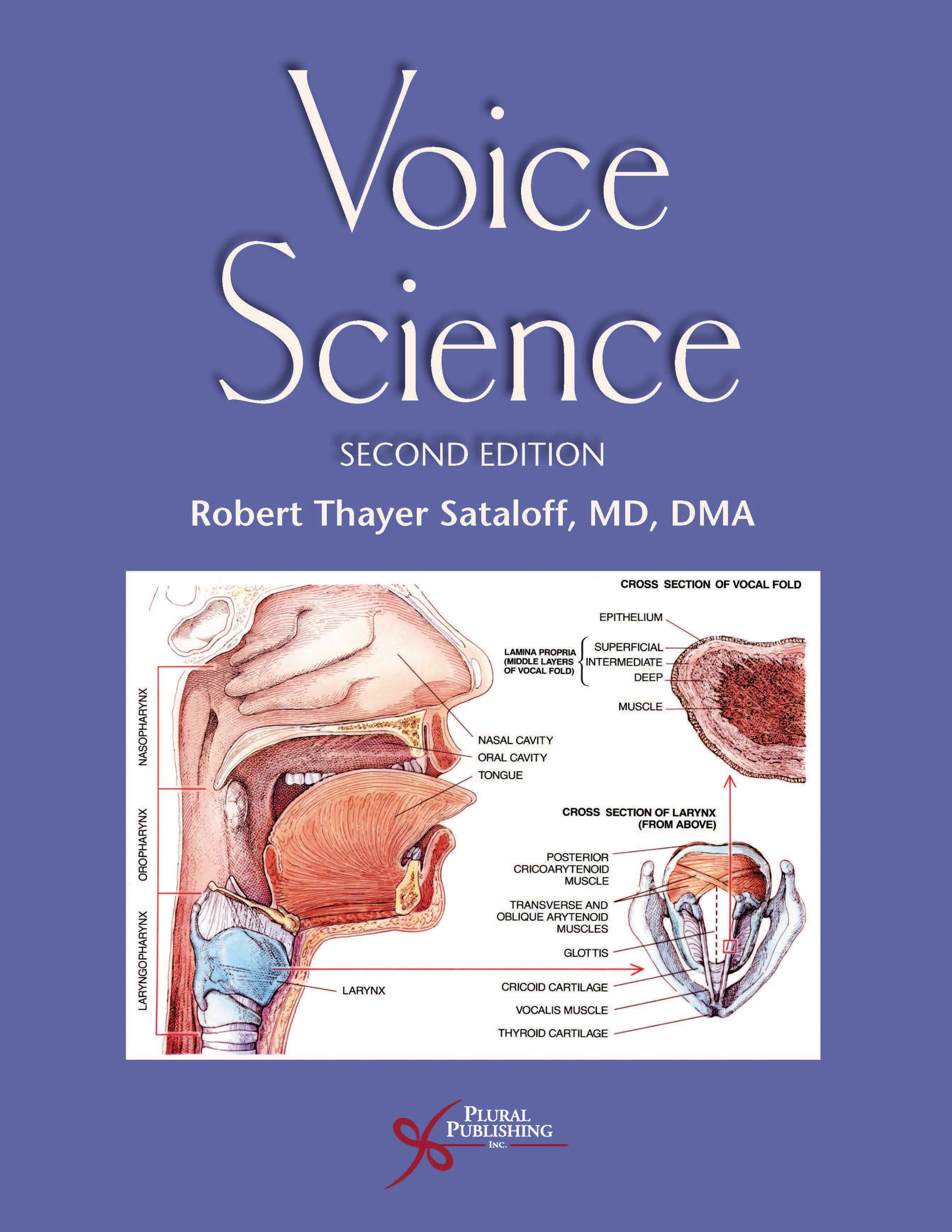 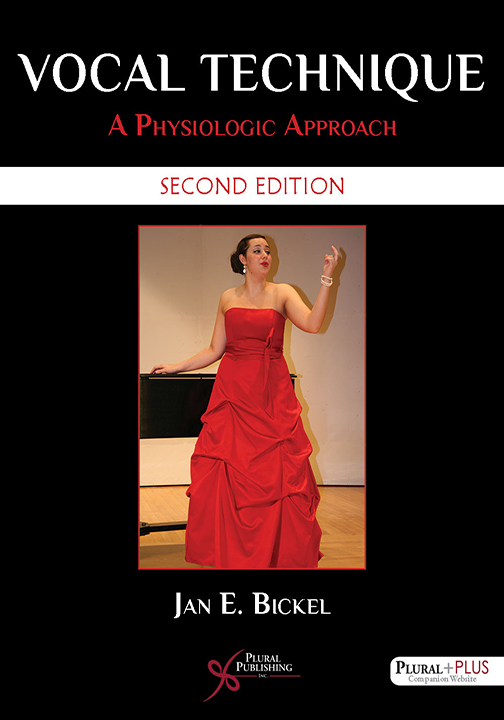 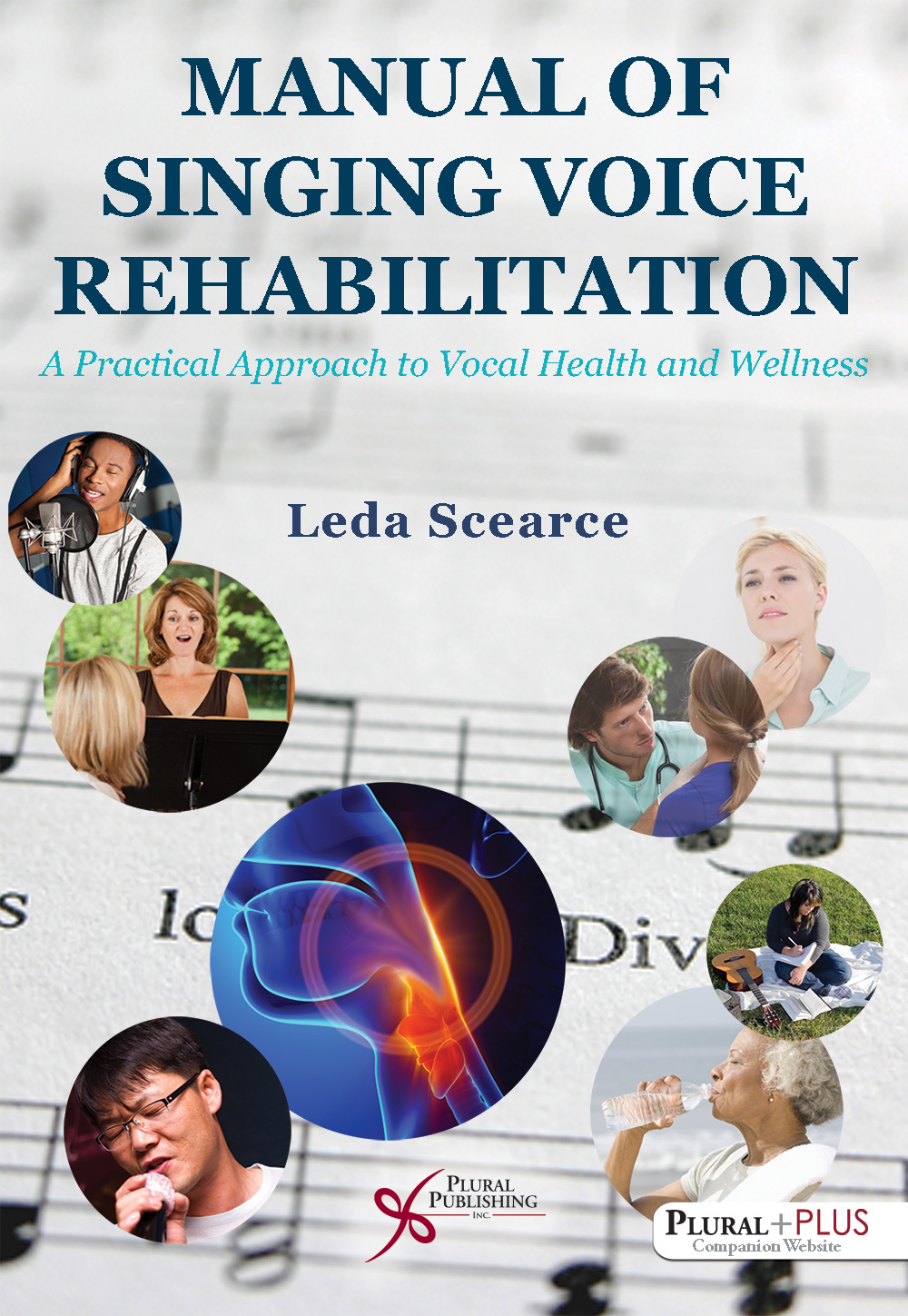 Manual of Singing Voice Rehabilitation: A Practical Approach to Vocal Health and Wellness 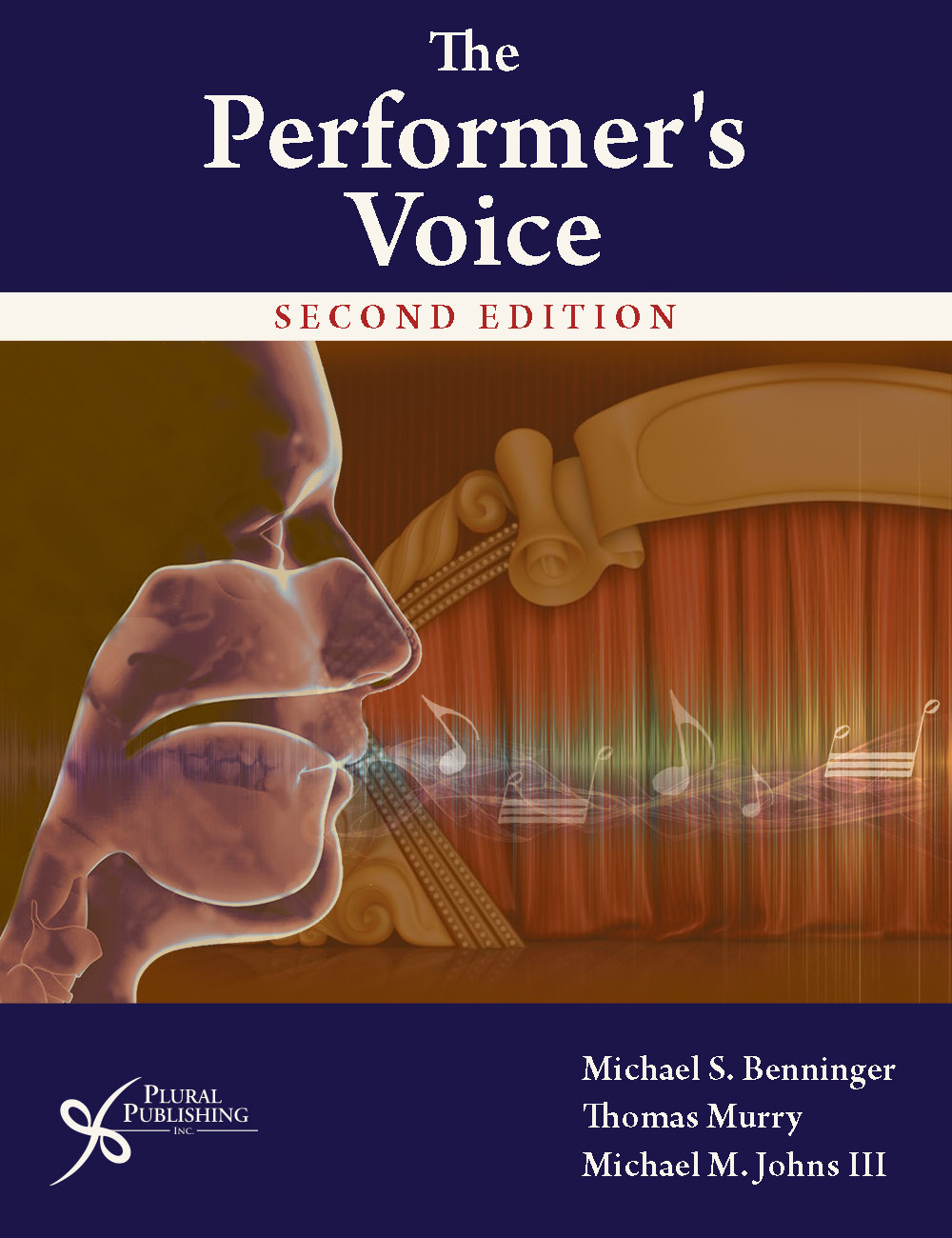 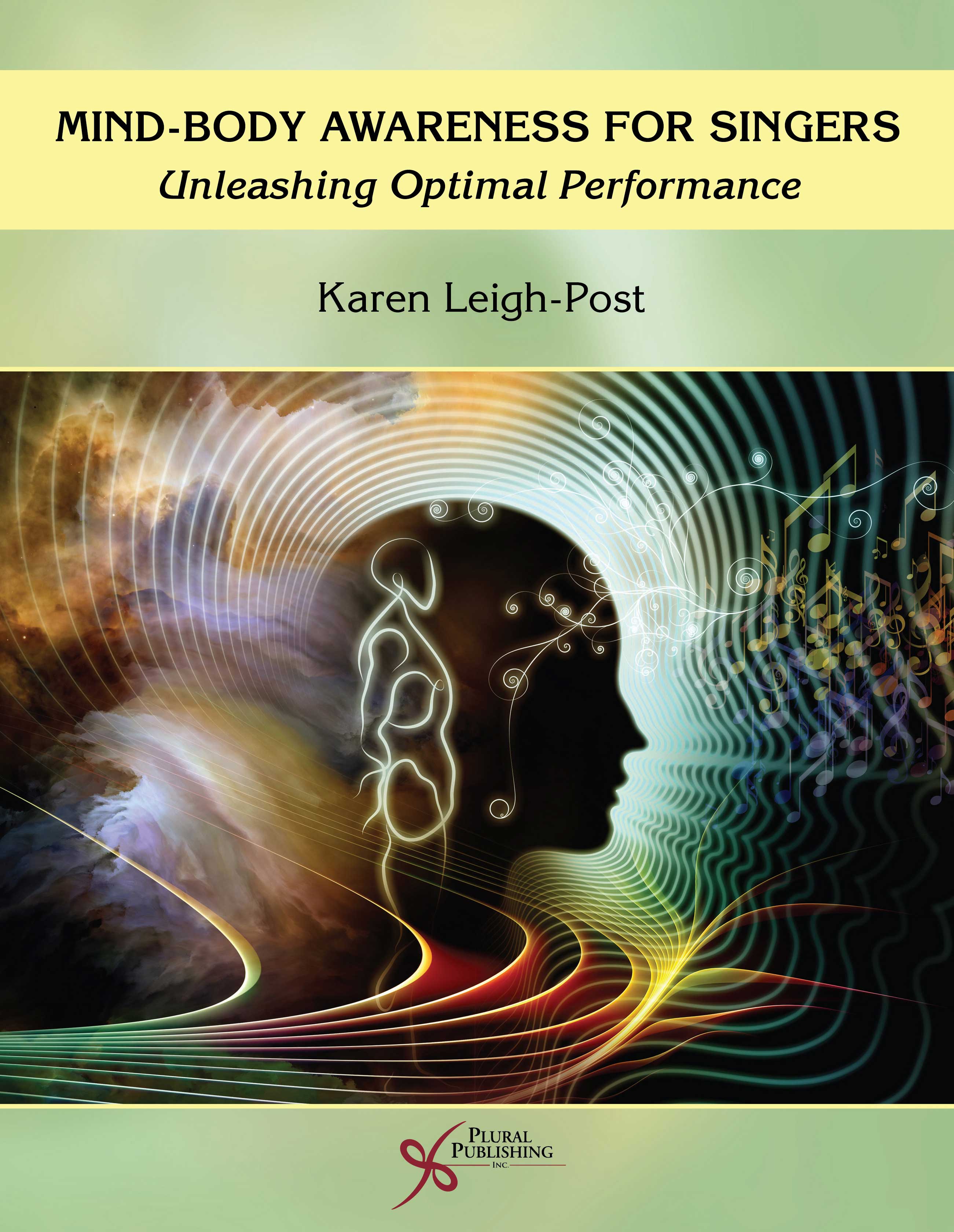 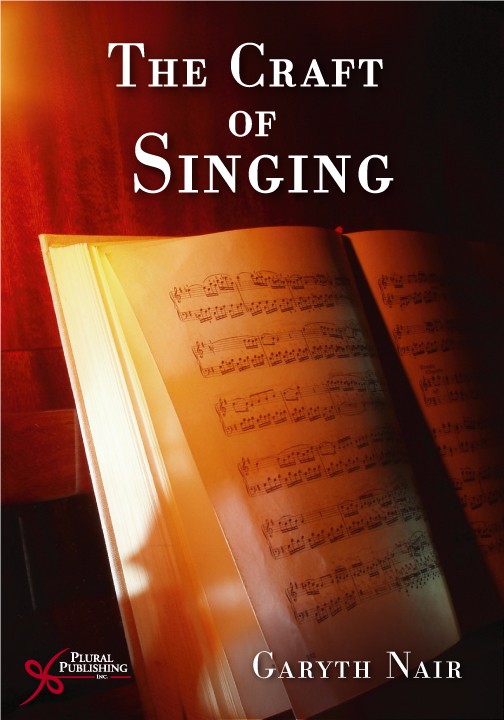 The Craft of Singing 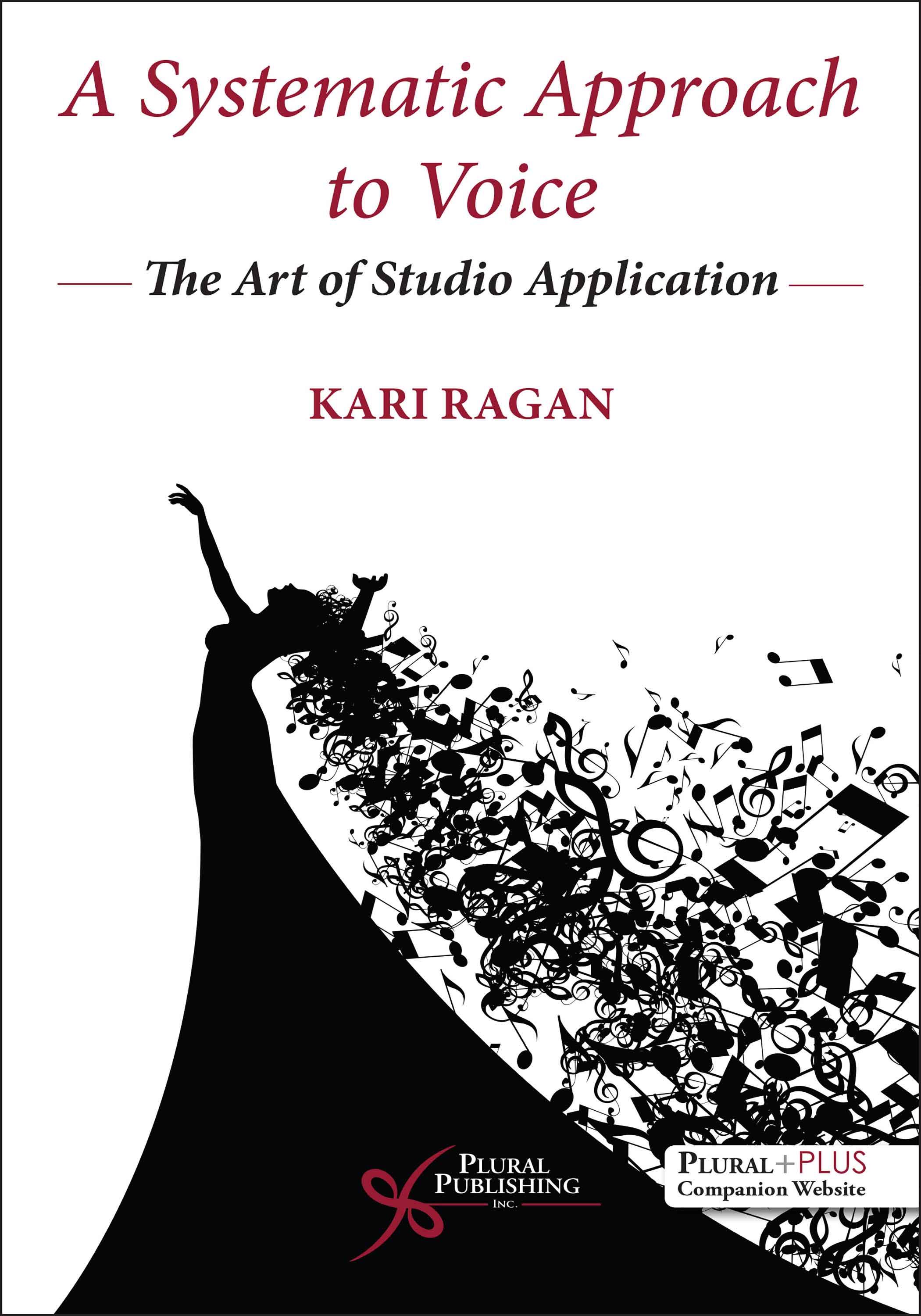 A Systematic Approach to Voice: The Art of Studio Application 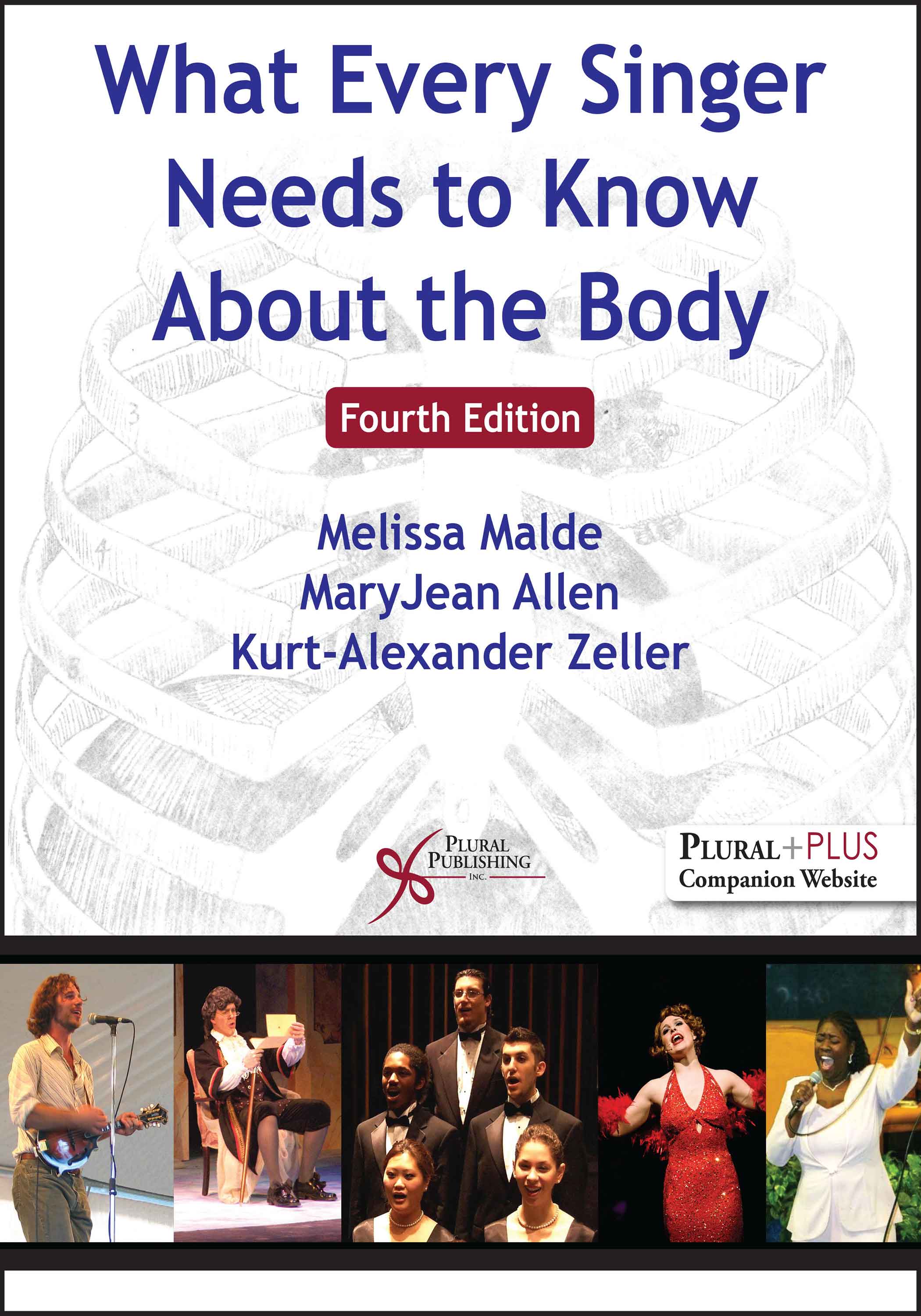 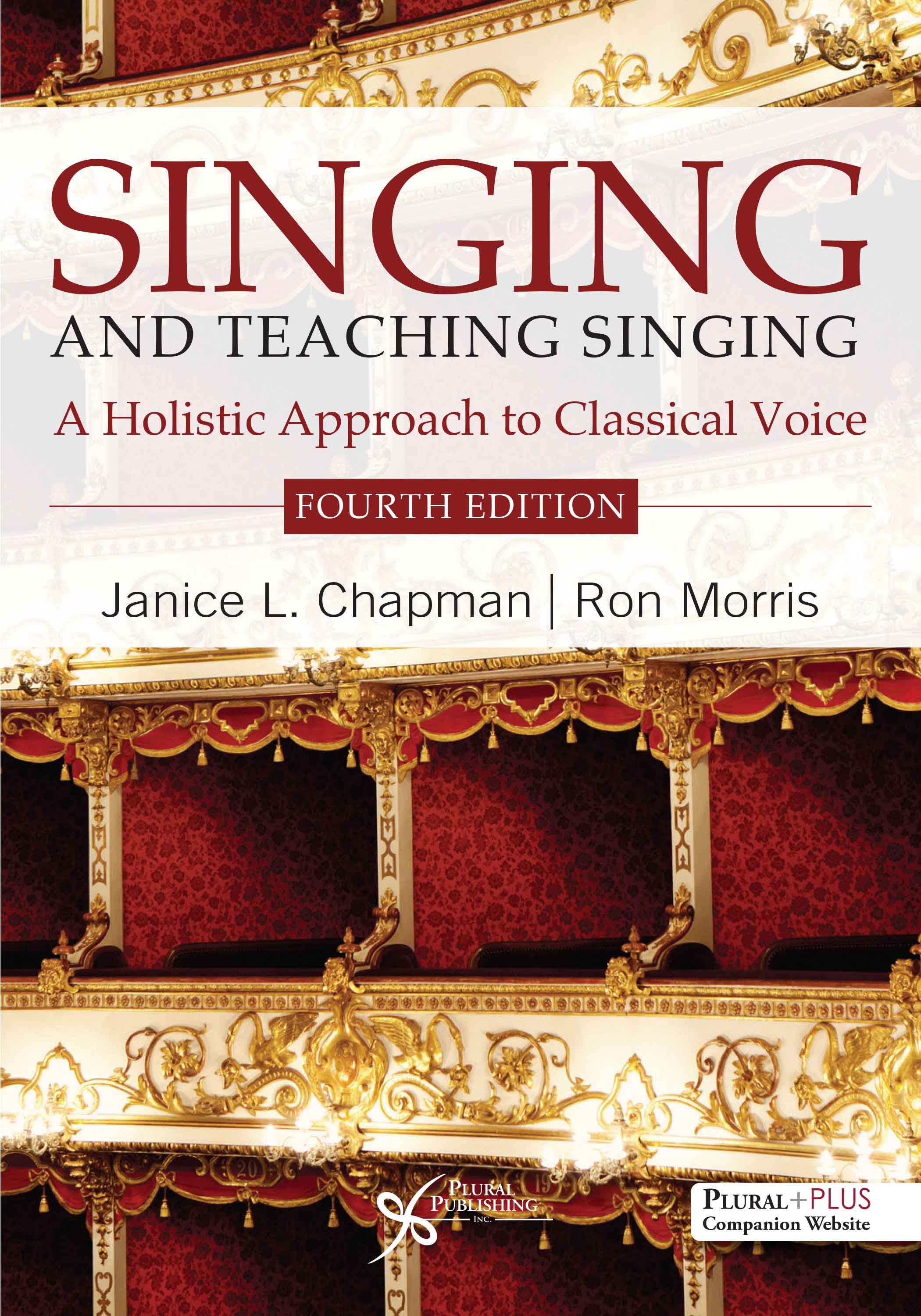 Manual of Singing Voice Rehabilitation: A Practical Approach to Vocal Health and Wellness

The Craft of Singing

A Systematic Approach to Voice: The Art of Studio Application