Diction in Context: Singing in English, Italian, German, and French 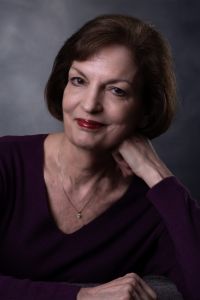 In American music conservatories and colleges, students aspiring to sing classical music are trained to perform songs and arias composed on texts in English, Italian, German, and French. These young singers must learn to pronounce the texts intelligibly and to interpret them sensitively. In most undergraduate music programs, voice majors are required to enroll in a singer’s diction course at the outset of their academic career. Diction in Context: Singing in English, Italian, German, and French is a textbook that provides tools for students of singing. It sets forth a systematic means of mastering a variety of skills for the appreciation of texts set to music.

Every vocal composition begins with a composer’s encounter with a poetic text. Using melody and harmony, the composer creates the opportunity for a singer to breathe “life” into the words. To interpret the work of the poet and the composer, a singer must follow the compositional process of the text set to song. Beginning singers require a means of ascertaining both the textual meaning and the exquisite pronunciation of each target language, be it English, Italian, German, or French. For the text to be understood in its musical settings, the singer must develop an efficient articulation of consonants and a flawless enunciation of vowels. Knowledge of sentence structure and punctuation is key to grasping the poet’s intentions. The cultural context that prompted the creative output of the poet and composer gives further clues to the point of view and ultimate intention of the creators.

Unlike other musical forms, vocal repertoire derives from a text, its rhythm and meaning. Singers immerse themselves in the mechanics of each language and the meaning to be found in its poetry. American singing students begin their study with the English language, its poetic forms, and its symbols. Early English song is based on the intimate performances of lutenists, who wrote verses to entertain the privileged class. It is believed that songs also punctuated the performances of plays by William Shakespeare and his contemporaries. In the 19th and 20th centuries, poets such as A. E. Housman, Elizabeth Barrett Browning, Robert Browning, Christina Rossetti, and her brother, Dante Gabriele, attracted the attention of many composers in the British Isles and the United States. By conquering the structure and savoring the sounds of poetic texts in these contrasting eras, students of singing recognize what made the text “sing” for the composer. In Diction in Context, students are encouraged to speak each poem aloud until its message evokes shades of significance and vocal color. Once meaning has been derived from literary works in English, students are better equipped to study texts in each of the foreign languages using similar practices.

The form of a poem relates directly to its content and its technical challenges. Through the juxtaposition of vowels and consonants, the poet sets forth a rhyme scheme in rhythmic patterns. Alliterative word choice drives poetic phrases to specific points of tension or climax. Symbolism may broaden the imaginative sphere of the text. Diction in Context includes an extensive list of literary symbols to help students identify hidden connotations.

For a singer to deliver a text powerfully, each word must be pronounced perfectly. The International Phonetic Alphabet (IPA) is the basic tool that students of singing use to acquire proper pronunciation skills in any language. The IPA is a series of symbols, each of which is associated with sounds found in words of a singer’s native language. Students of singing relate one word in their own language to the sounds expressed by each IPA symbol. For example, the IPA symbol [ɑ] is commonly remembered as the “a” sounded in the English word “father.” The IPA symbols serve as references for each vowel and consonant sound. They become “points of departure” for recalling the sounds in all languages. The IPA symbols act to “decode” unfamiliar sounds in foreign words. A student does not learn a language by studying the IPA, but rather learns to remember the pronunciation of a language by noting comparable sounds in the native language. The IPA symbols function like shorthand for a stenographer. The singer notes the related IPA symbol to recall the experience of having heard the language properly spoken or sung by a qualified performer, teacher, or coach. Diction in Context is a textbook designed to serve the “flipped classroom” environment, one in which students come to class ready to participate in a wide variety of comparative listening experiences. Through exercises in listening and IPA transcription, students hone their skills and gain confidence in the performance of repertoire in each language and historical style period.

Anatomy and Mechanics of Diction

The physical aspects of creating vowels and consonants involve movements of the tongue and lips along with the vocal tract. If a singer is to sing beautifully and be understood clearly, these movements must be accurate and efficient. Vowels and consonants can be classified based upon their points of articulation. The study of articulatory anatomy and mechanics helps a singer “divide and conquer” the pronunciation of words. We categorize a person as “articulate” who uses language well. An “articulate” singer sings text with clarity and crispness. Such a singer sings the right vowels and consonants in a clearly audible, vocally efficient manner. In singing, the voice teacher or vocal coach acts as the extra “eyes and ears” for a student, fine tuning the singer’s articulatory skills. By developing efficiency in the articulation of texts, a singer not only delivers the text more effectively but uses the vocal instrument in a way that fosters ease and health.

Enunciation and articulation are terms frequently used interchangeably. In enunciating a word, a singer must articulate it clearly. When a speaker or singer “enunciates” a word, the listener hears specific elements of a word presented with special care. The enunciated word receives an emphasis that causes the word to rise above other words in a spoken or sung phrase. To enunciate a word dramatically, a speaker or singer may delay the delivery of a syllable, a vowel, or a consonant. In other words, enunciation is an intentional, emphatic form of articulation.

Punctuation marks are valuable tools for determining meaning in any text, but they are especially beneficial for the singer. A singer who “punctuates” well, communicates effectively with the audience. For the singer, punctuation marks indicate exactly how to deliver a phrase or thought. Commas and semicolons delineate phrases while periods confirm complete thoughts.  Parentheses, and exclamation and question marks signify the need to adjust one’s tone of voice. Dashes or colons imply time spent before the next phrase begins. Punctuation may indicate to the singer where opportunities for breathing occur within the text. Just as a reader is guided along an author or poet’s path by punctuation marks, the composer and singer benefit from these graphic messages sent by the poet. By adhering to punctuation, singers often unravel intricate or delicate mysteries hidden within a text. Careful adherence to punctuation by a singer helps listeners comprehend the sung text at first hearing.

Singing any text set to music requires an understanding of the literary and musical style period in which the work was conceived. Poetic forms and symbols relate directly to the social structure of a specific time. The basic musical elements, such as tempo, dynamics, and vocal sound ideal are determined by the practices and circumstances of the original performance. Works conceived for intimate settings demand very different vocal skills and textual delivery tools from those designed for public performance with orchestra.  The use of language is indicative of the poet’s time, place, and manners. Human relationships are governed by societal norms that vary by culture and time period. In creating a musical setting, a composer may choose to represent the elements of the poem’s original style or to demonstrate the timeless value of the text’s message by designing a new, modern context for it. Knowledge of the original circumstances of a poem, its historical context, and musical intention nurtures a thorough interpretation by a confident singer. Diction in Context contains short essays that explain the historical and cultural circumstances that influence the composition of vocal repertoire in each of the target languages.

The study of singing requires vocal talent, physical readiness and interpretative skills. Diction in Context: Singing in English, Italian, German, and French is intended as a source for singers, teachers, and music lovers. It investigates the elements that unite to create vocal repertoire and to present texts set to music with skill and artistry. The book is useful as an introductory singer’s diction text and reference for courses in vocal literature.

Spotlight: A Family with Hearing Loss