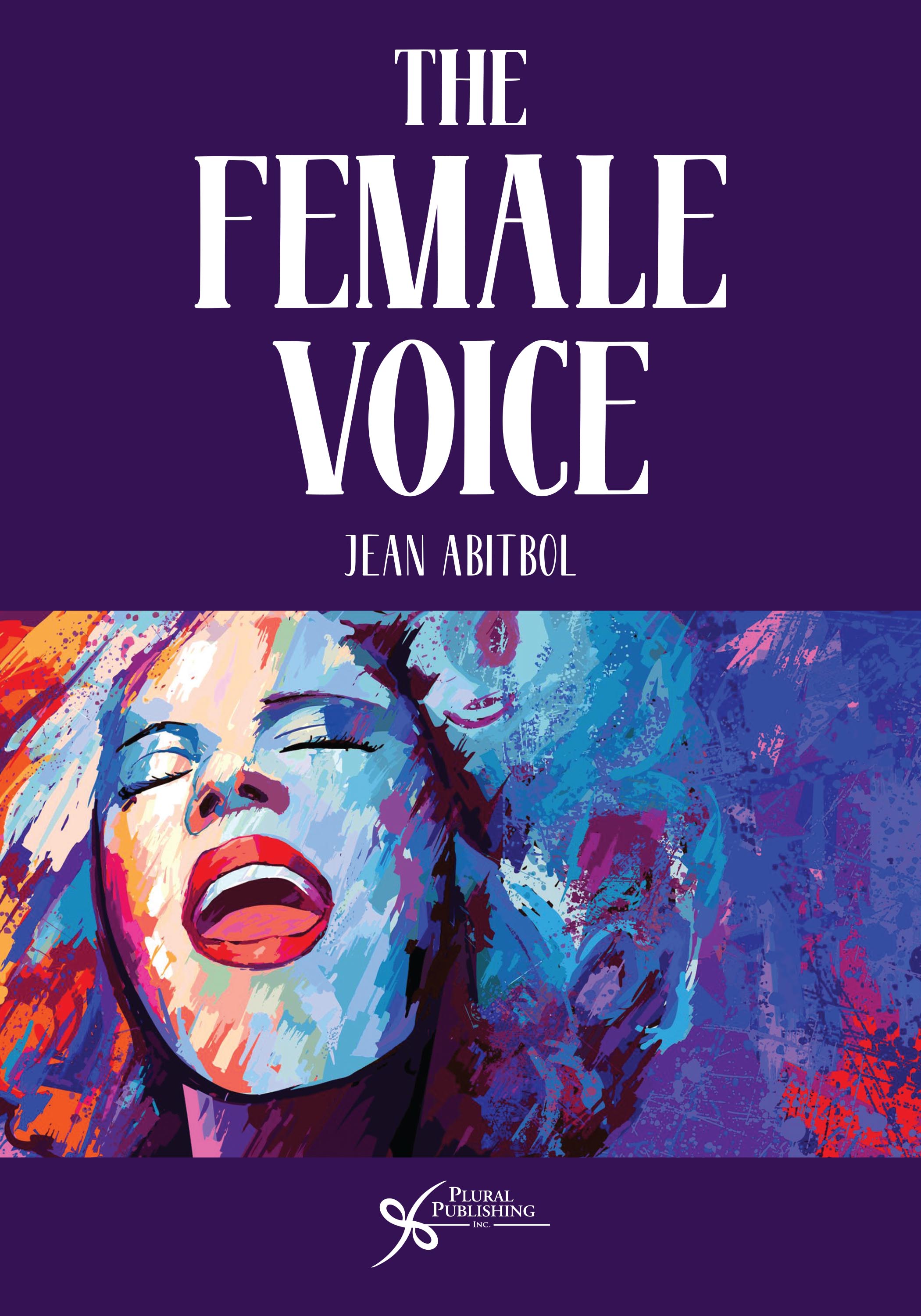 All you ever wanted to know about the female voice but you never dared to ask by the leading world expert, Dr. Jean Abitbol! Enriched with numerous fascinating anecdotes, this exciting book covers the journey of the female voice and its development and impact on others from motherhood to old age.

And the journey is full of surprises with answers to fascinating questions.

Like a ship on the waves of the sea of life, the female voice, a life-space-time continuum, travels through the winds of emotion and hormonal changes brought about by aging. Dr. Jean Abitbol guides the reader through these changes, mapping the female voice's journey through life. With his guidance, you will come to see and to understand the emotion, the power, the seduction, the force, and the charm of the female voice and how they converge to make up the female persona.

"The text is very thought provoking, ranging from the evolution of voice ('Eve’s mitochondria') through the hormonal effects associated with puberty, menstrual cycle, pregnancy and the menopause, each meriting its own chapter. The sacrifice of the castrati and their resulting vocal prowess is covered in detail, as is the challenge of gender reassignment and the voice. There is much here of basic science, whether the simultaneous cytological changes in vocal cord epithelium and that of the cervix, or central pathways for language and voice. Phonosurgery is very much the province of Dr. Abitbol and there is many an illustration of laser endoscopy. [...]
A book of this title hardly needs a review, as the content is self evident, but this is an excellent read for any laryngologist. It carries an oft repeated message to any surgeon, however. True wisdom is often the gift of knowing when not to operate, as the most technically successful outcome does not always lead to patient satisfaction. Many an anecdote illustrates this and reminded me that there is a certain art, indeed theatre, to voice work beyond any other subspeciality in our field of work. An excellent and inexpensive read."
—Liam M Flood FRCS FRCSI, Middlesbrough UK, in the Journal of Laryngology & Otology (2019)

"The volume presents a wealth of information about the anatomy, physiology, and care of the female voice, as well as details about specific topics. For instance, Abitbol does not recommend phonosurgery for women during the premenstrual period due to the fragile nature of the blood vessels at this phase of the cycle. In his discussion of menopause, he shares data from a study that indicates Body Mass Index (BMI) of postmenopausal women has a significant influence on the quality of the voice. Abitbol also avers the significance of epigenetics."
—Debra Greschner, in.Journal of Singing (May/Jun 2021)

"The title of this book is enough to intrigue anyone with an interest in voice, be it laryngologists, speech and language therapists or professional voice users. The text does not disappoint; Jean Abitbol takes us through a fascinating tour of the female voice. There are in-depth explanations of in utero development, the effect of puberty on the larynx, the impact of the menstrual cycle or the menopause and through to old age.
He affords a narrative leading to a recognition of the power of the vocal instrument and its influence on others, including the difference between the female and male voice. His research assessing the impact of hormones on the voice identifies one third of women in his study group to have premenstrual voice syndrome (PMVS) and he recommends that the timing of phonosurgery on this group of patients needs to be carefully considered.
His vast experience in treating professional voice users offers a wealth of stories and encounters, all of which bring the book to life. This is further augmented by the attention to detail and inclusion of brief historical accounts or recourse to the basic sciences."
—Ameera Abdelrahim, ST8 ENT (University Hospitals Birmingham), in ENT & Audiology News (July 2021)

“Jean Abitbol is an otorhinolaryngolo­gist on the Faculty of Medicine of Paris and a pioneer in laser voice surgery. He has conducted and presented research on a variety of voice related topics, such as the effects of hormones on the human voice, and is a prolific author. His latest volume focuses on the female voice.
Abitbol begins with an overview of the evolution of the voice, and its bio­logical and genetic characteristics. He explains the anatomy and physiology of the voice, elucidates source-filter theory and formants, and identifies tools used to study the voice, from the laryngoscope to the Voice Handicap Index. The effect of hormones upon the body, and particularly the voice, are detailed. Although the author al­ludes to concerns specific to female voices in the first six chapters, much of the information pertains to all voices. The same is true of a chapter devoted to maintaining vocal health; while some of the directives are addressed to women, many are applicable to men as well.
Most of the latter part of the vol­ume, however, is focused primarily on the female voice. The chapter ‘The Voice and the Hormonal Cycle’ examines a broad range of topics, from endocrinal fluctuations to con­traceptives. Many women experience premenstrual syndrome (PMS), but Abitbol states that one-third of these are also affected by vocal weakness, which he calls Premenstrual Voice Syndrome (PMVS). Both PMS and PMVS can be mitigated with attention to diet, limited alcohol consumption, cessation of smoking, and increased physical activity. The additional chal­lenges posed by PMVS can be ad­dressed with natural remedies or with hormones, such as those found in oral contraceptives. Pregnancy causes myr­iad changes within a woman’s body, which in turn can affect the singing voice. Similarly, perimenopause and menopause can alter the singing voice.
Abitbol devotes two chapters to voice pathologies and gynecological diseases that may affect the voice, such as endometriosis. The effects of surgery (e.g., hysterectomy) and hormone treatments (e.g., aromatase inhibitors for breast cancer) are enu­merated. As mentioned previously, Abitbol pioneered phonosurgery, and he shares insight into the rationale and procedures for this relatively recent development in voice treatment.
Abitbol discusses the transgender singer and underlines that one of the primary ways that people express gender is through their voices. He identifies the aural characteristics of the voice (such as pitch and reso­nance) and provides an overview of training for transgender singers. In another chapter, he looks backward in time to the era of the castrato and muses about the link between these operatic superstars and the con­temporary diva. The final chapter explores the seductive quality of the voice, particularly in singers such as Whitney Houston, Renata Tebaldi, and Maria Callas.
The volume presents a wealth of information about the anatomy, physi­ology, and care of the female voice, as well as details about specific topics. For instance, Abitbol does not rec­ommend phonosurgery for women during the premenstrual period due to the fragile nature of the blood ves­sels at this phase of the cycle. In his discussion of menopause, he shares data from a study that indicates Body Mass Index (BMI) of postmenopausal women has a significant influence on the quality of the voice. Abitbol also avers the significance of epigenetics. ‘Environmental, psychological, and relational factors are fundamental,’ he writes. ‘Do not forget that genes un­dergo modulations (epigenetics) from in utero life and through the lifespan.’ (188) Although an individual’s gene pool is fixed through DNA, it is also affected by experiences and surround­ings. However, each voice has a unique imprint. ‘A tenor is not a bass, and a soprano is not an alto: everyone has to and must have his or her own vocal identity’; (67) Abitbol’s statement is a clarion reminder to pedagogues about the importance of voice classification. […]
The Female Voice provides much useful information. Throughout most of the book, the author is solidly grounded in twenty-first century science and mores.”
—Lizzy Hinton, in the Journal of Singing (May/June 2021) 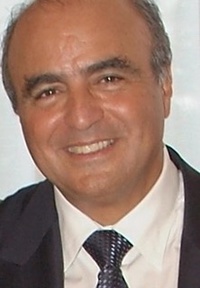 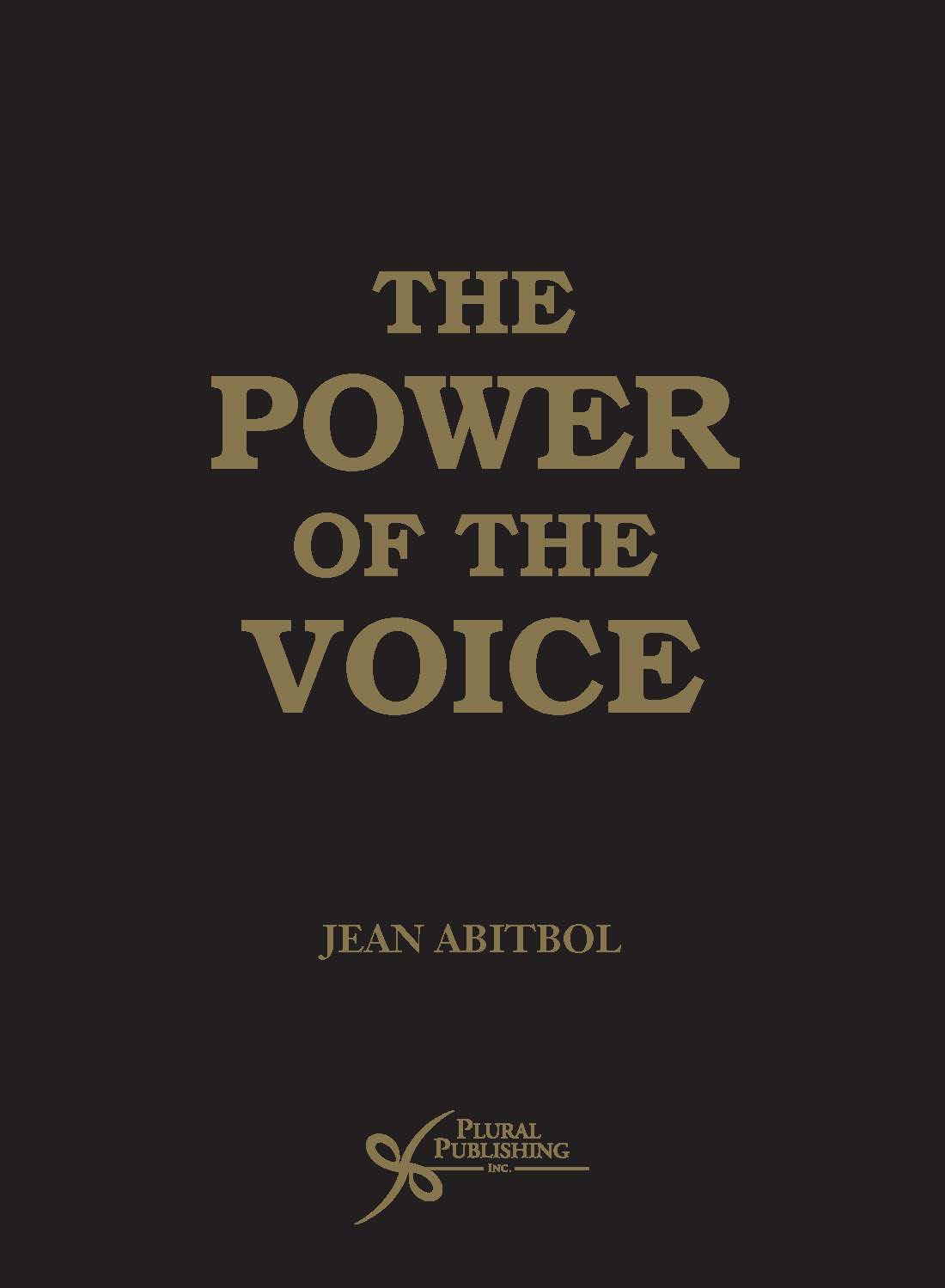 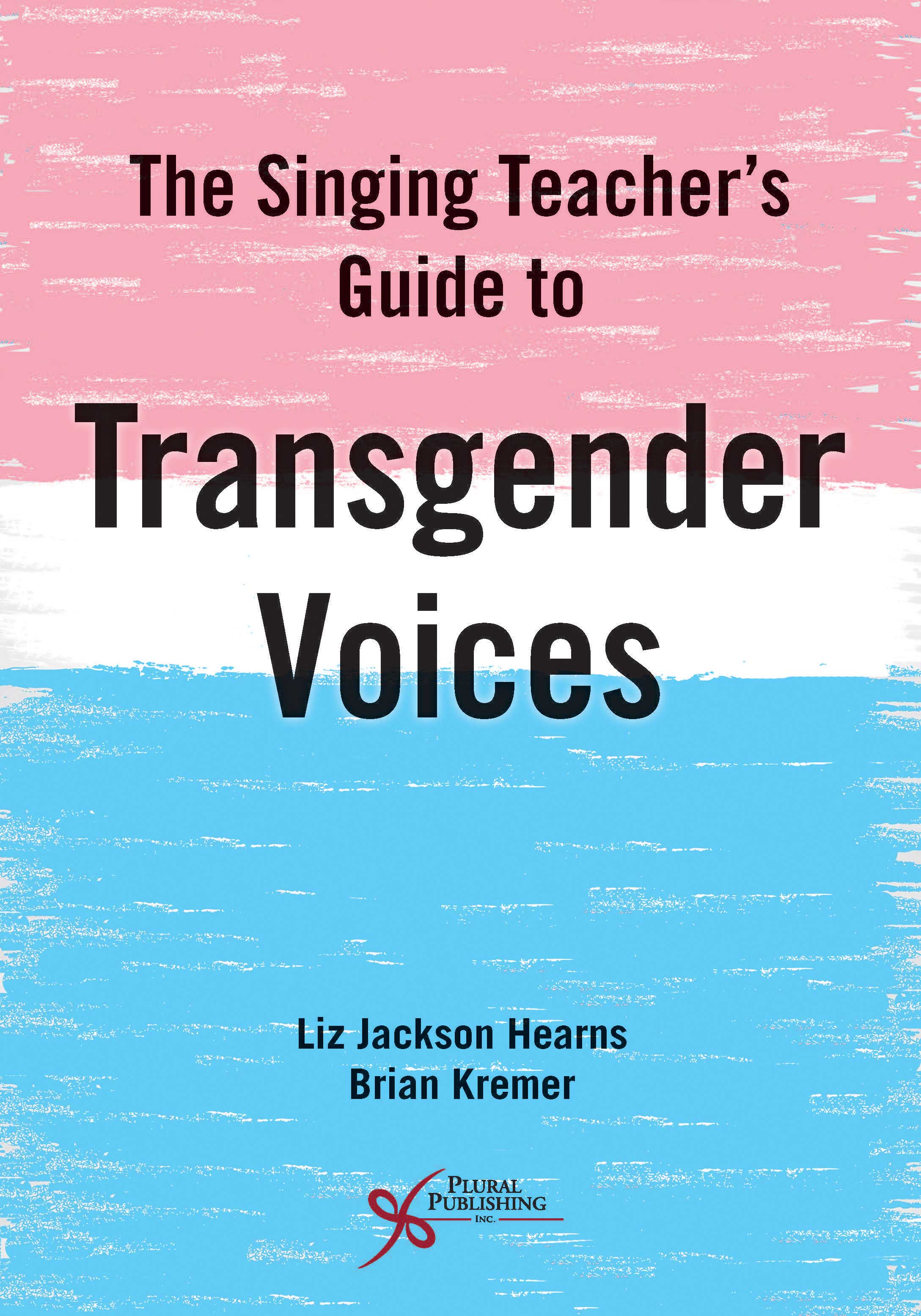 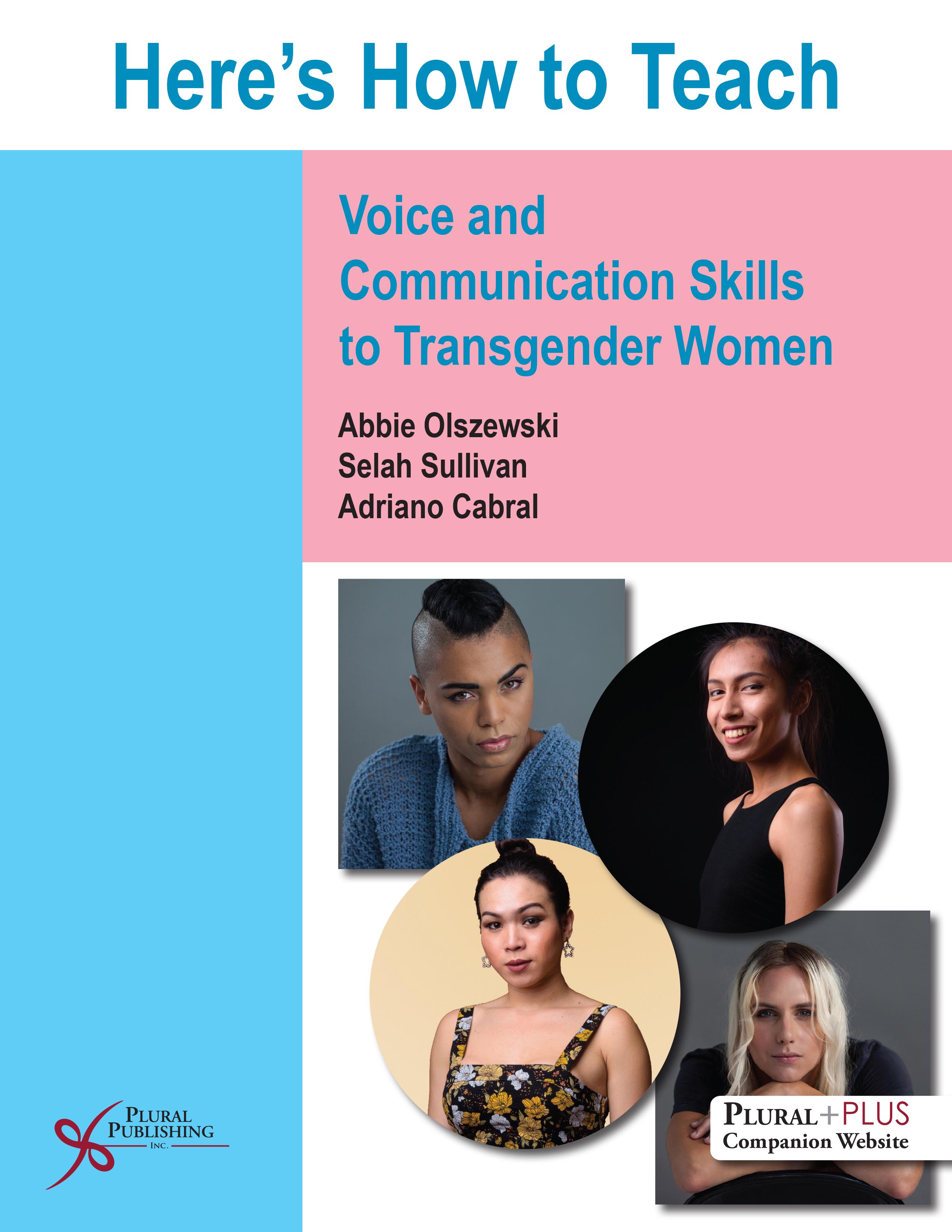 Here's How to Teach Voice and Communication Skills to Transgender Women 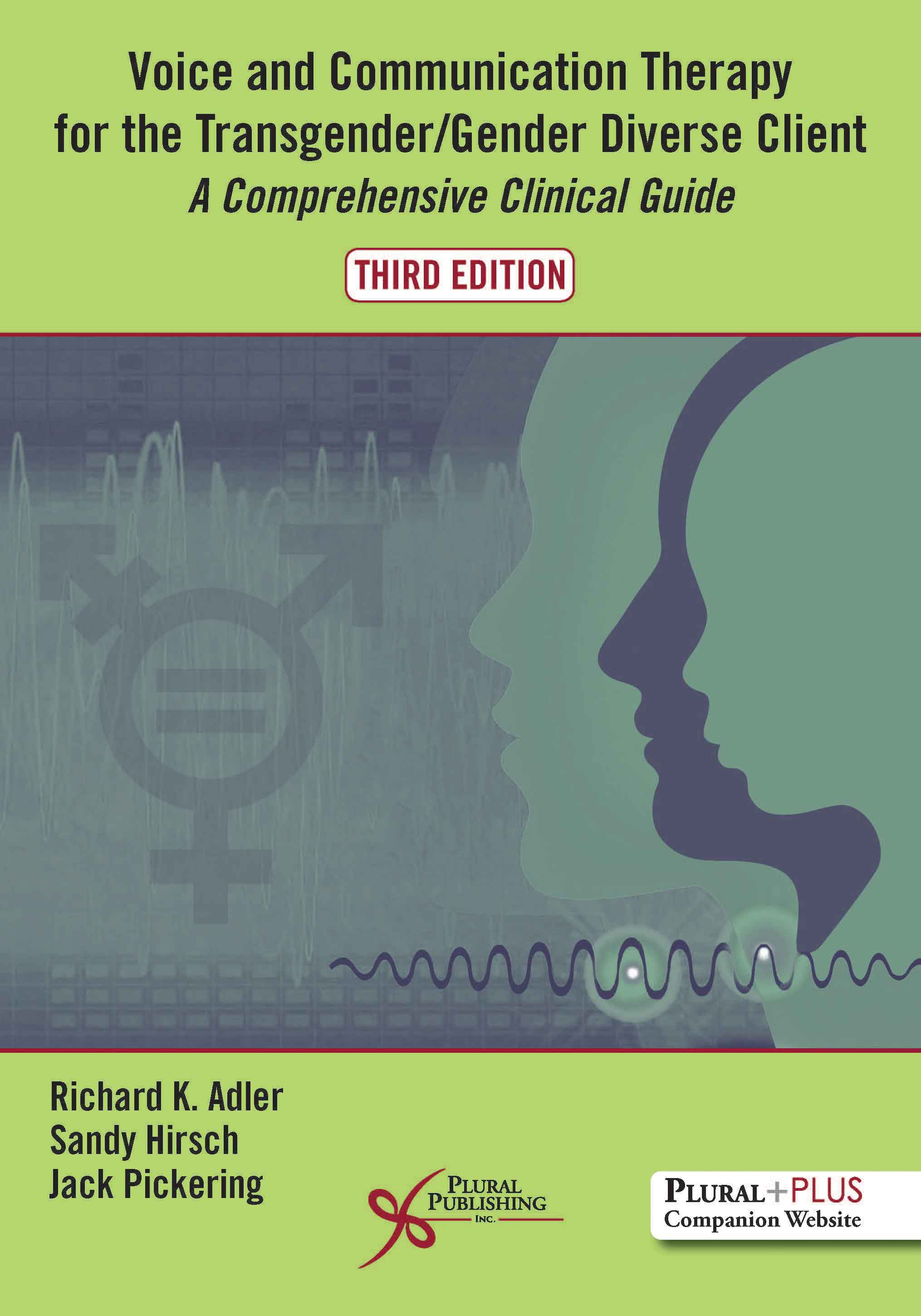 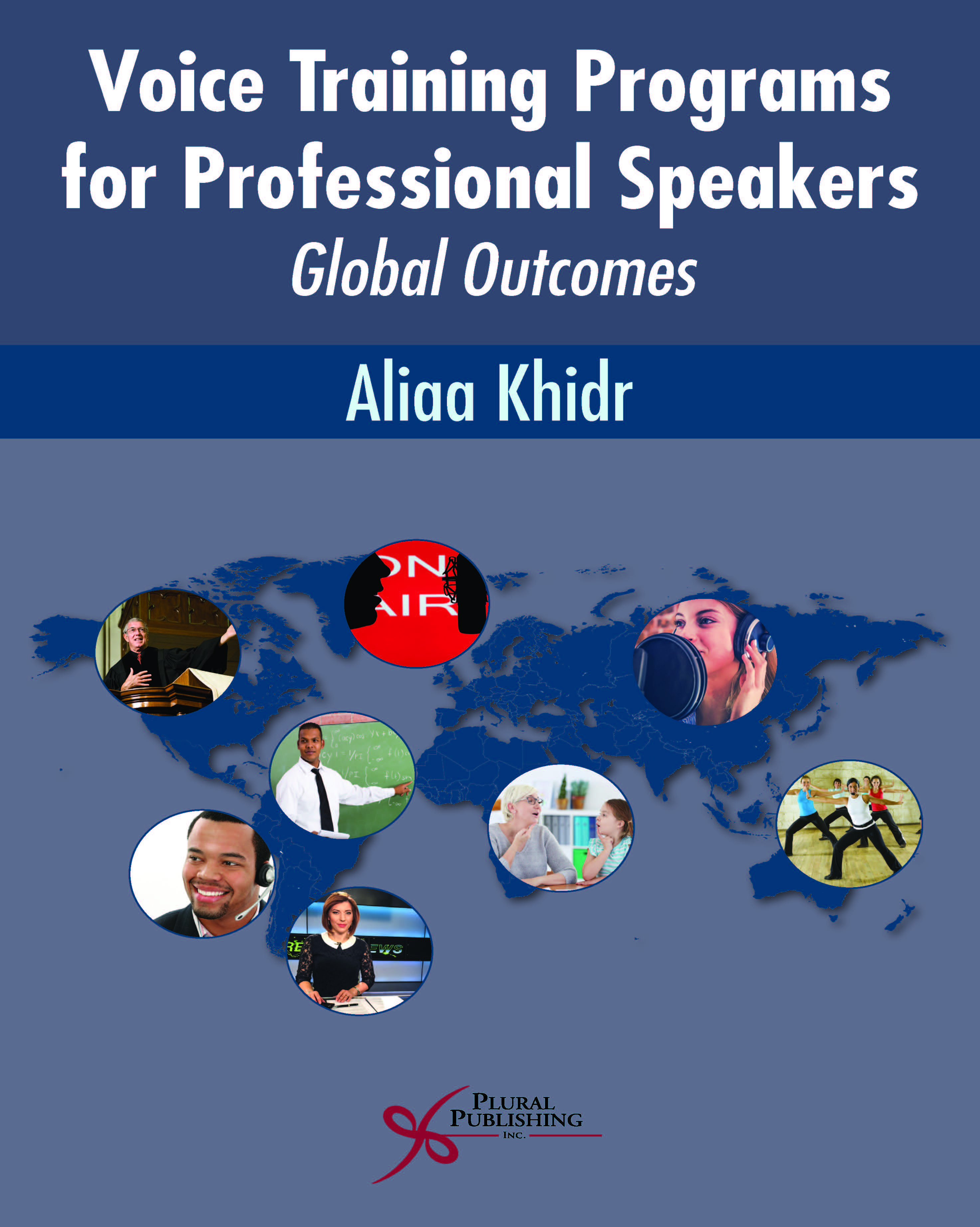 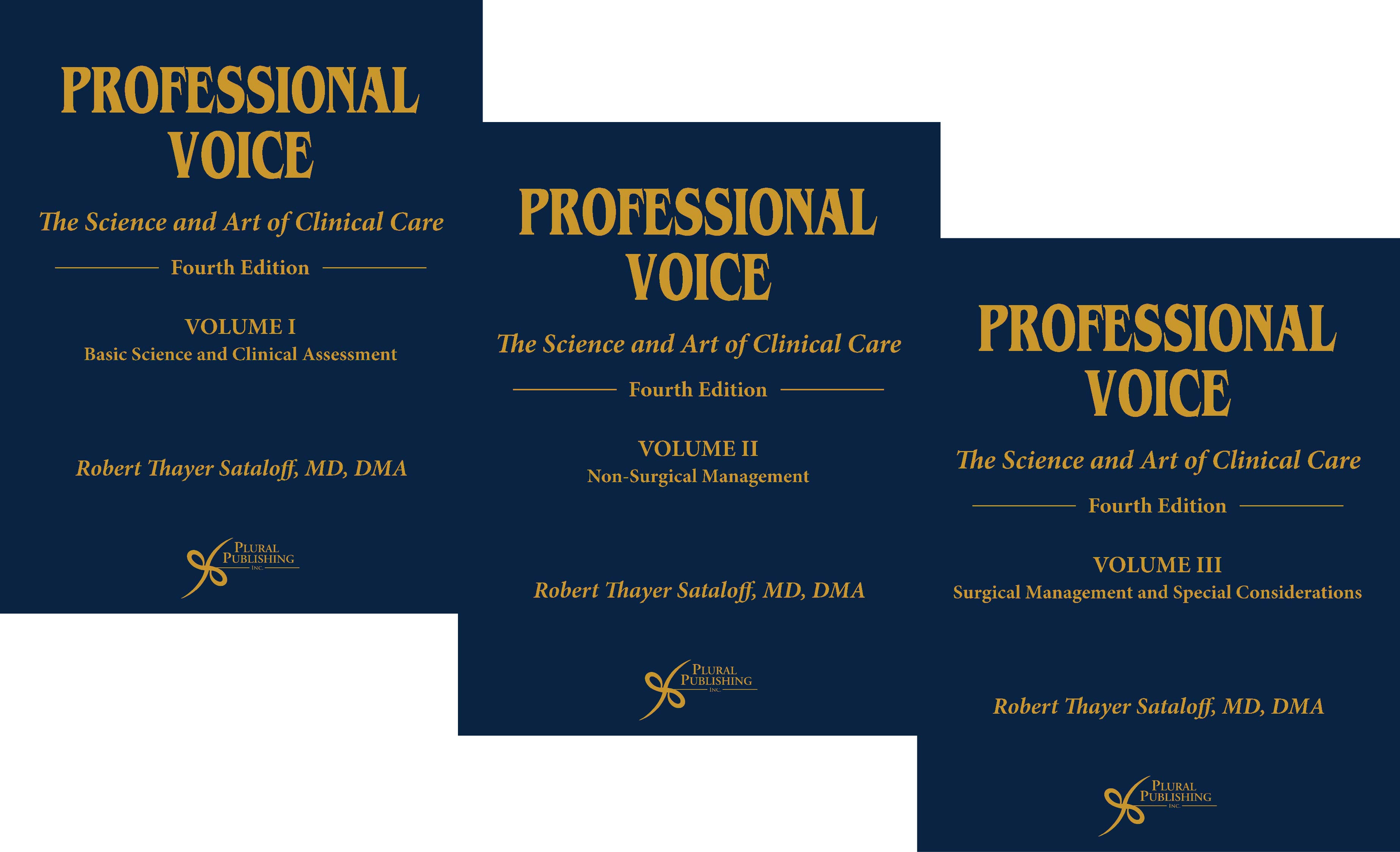 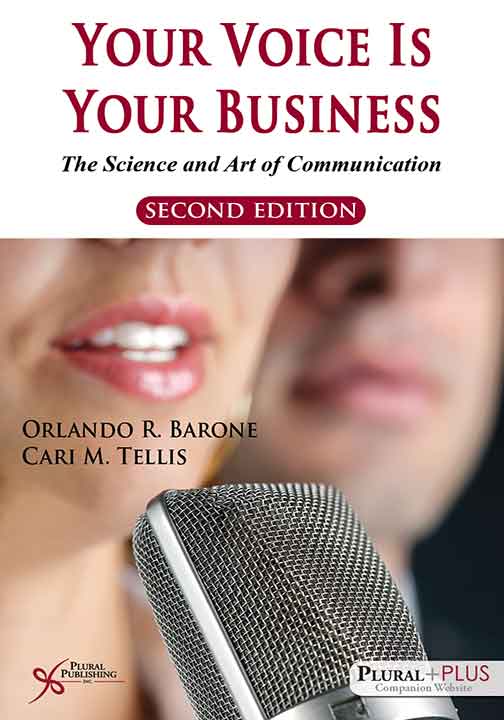 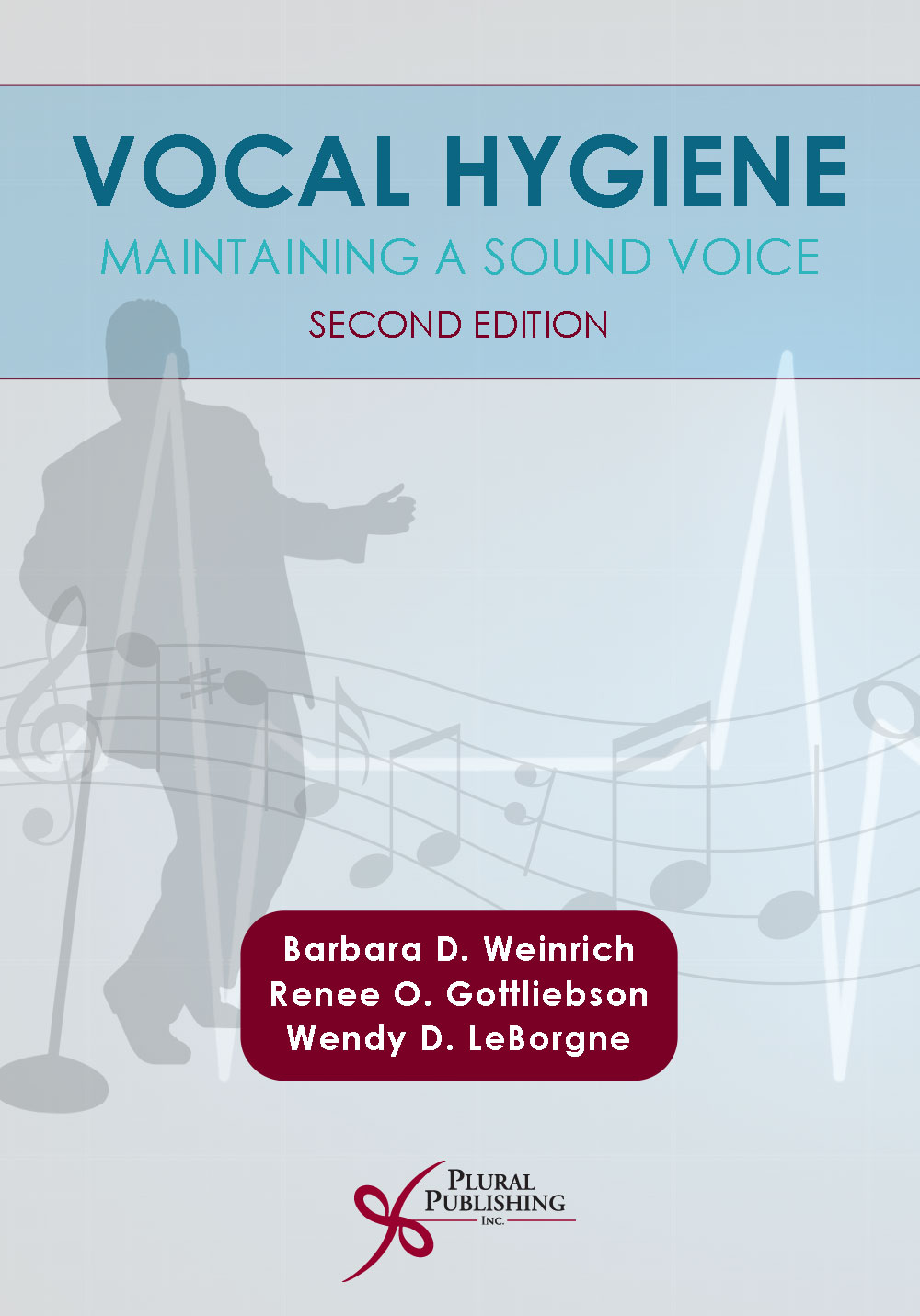 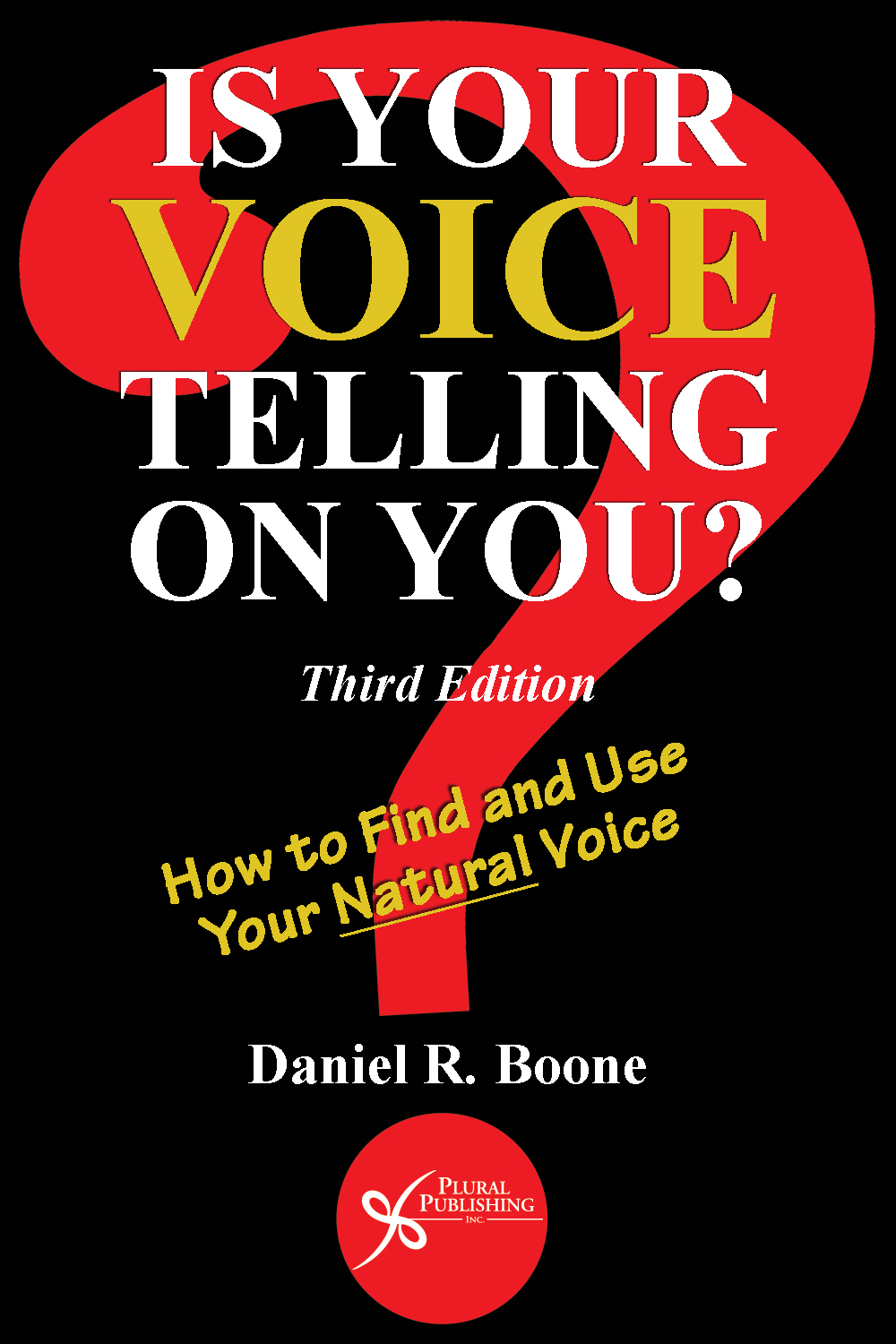 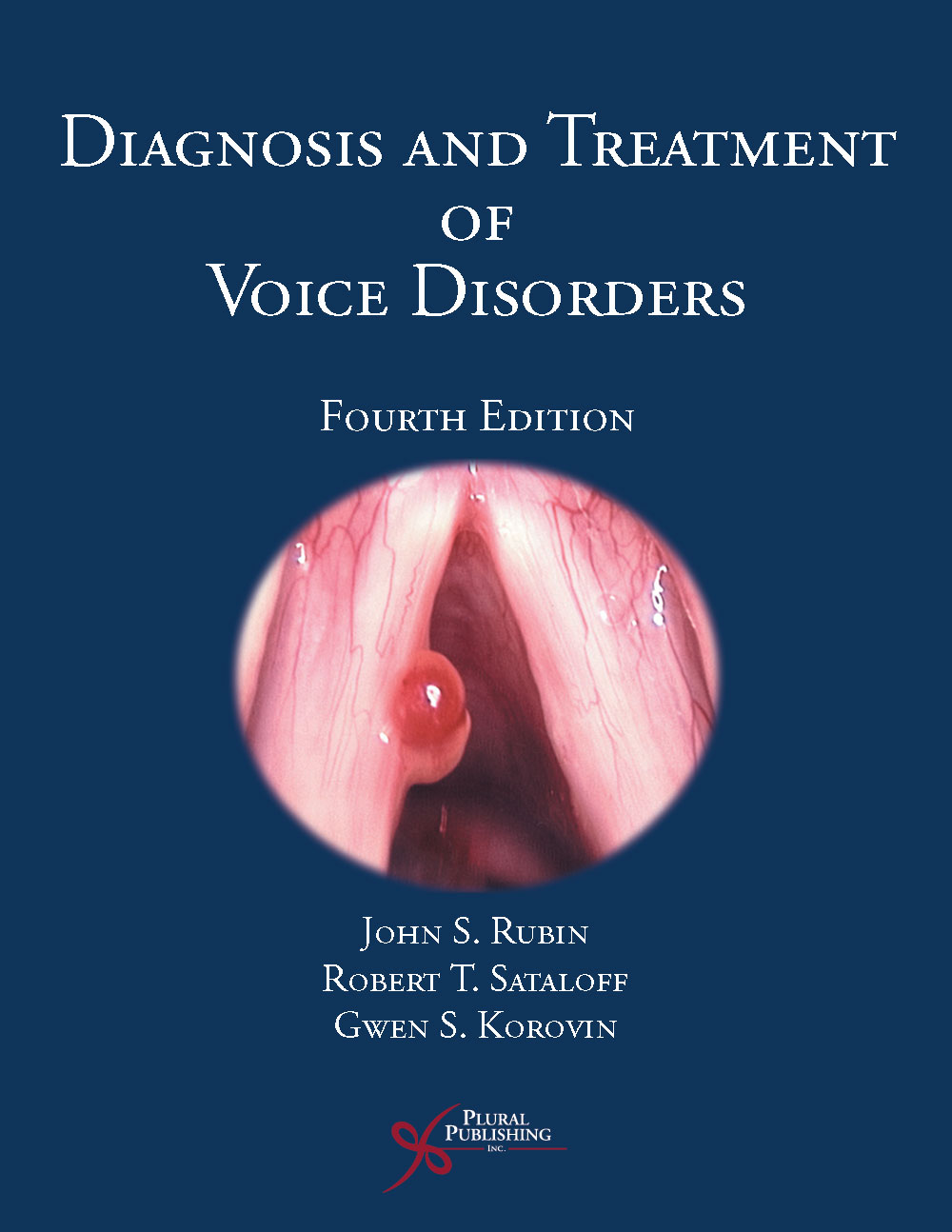 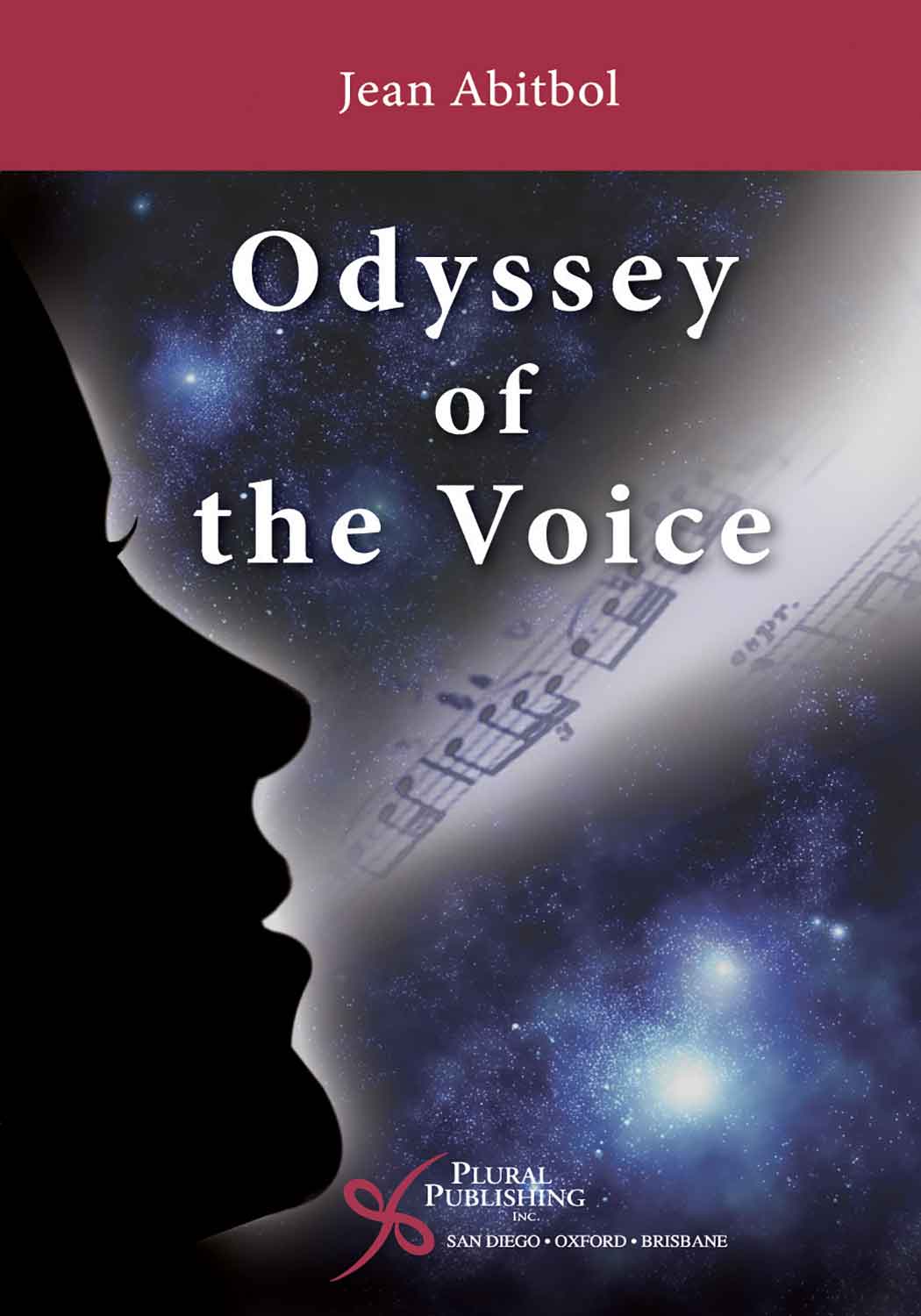 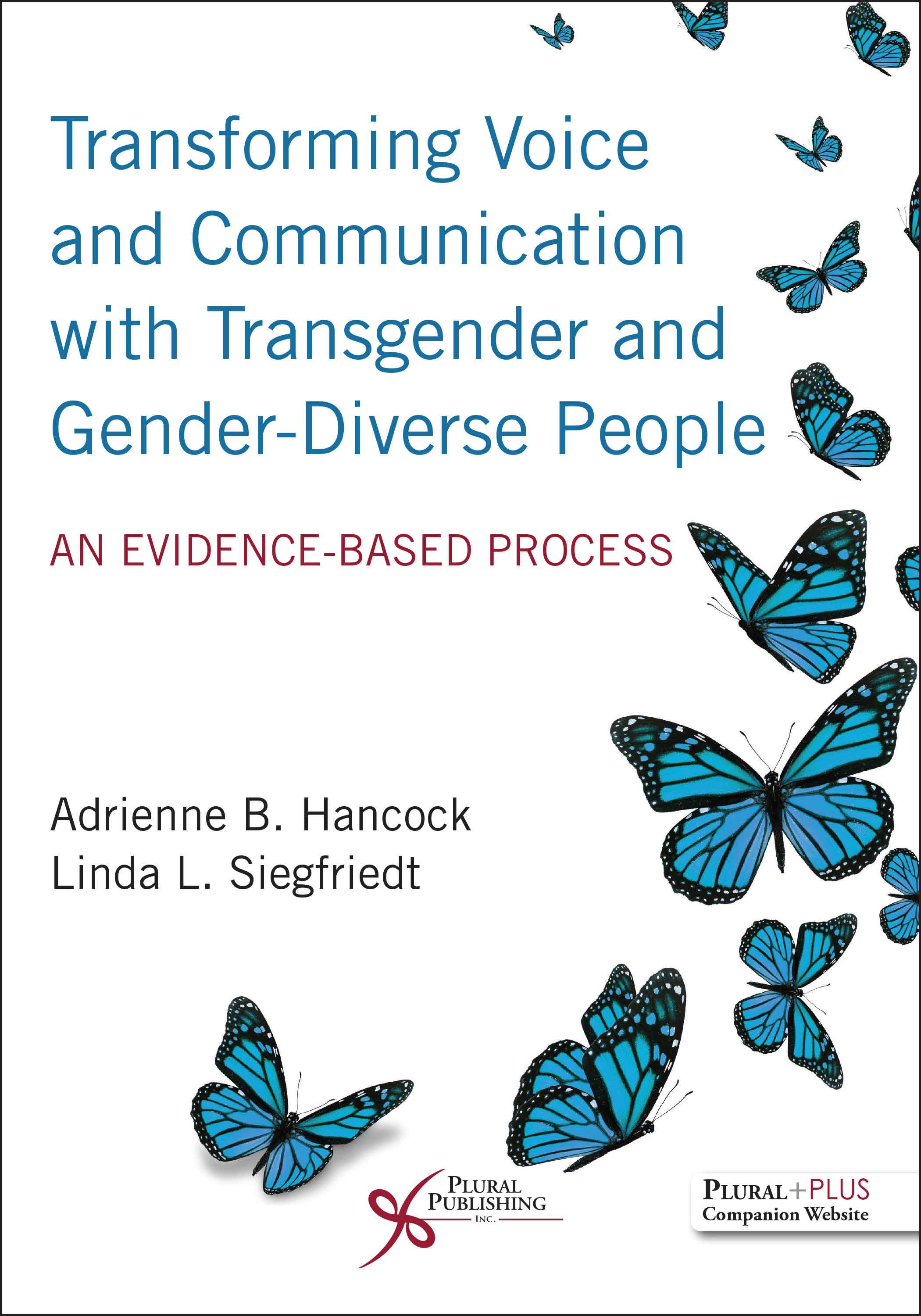 Transforming Voice and Communication with Transgender and Gender-Diverse People: An Evidence-Based Process

Here's How to Teach Voice and Communication Skills to Transgender Women

Transforming Voice and Communication with Transgender and Gender-Diverse People: An Evidence-Based Process